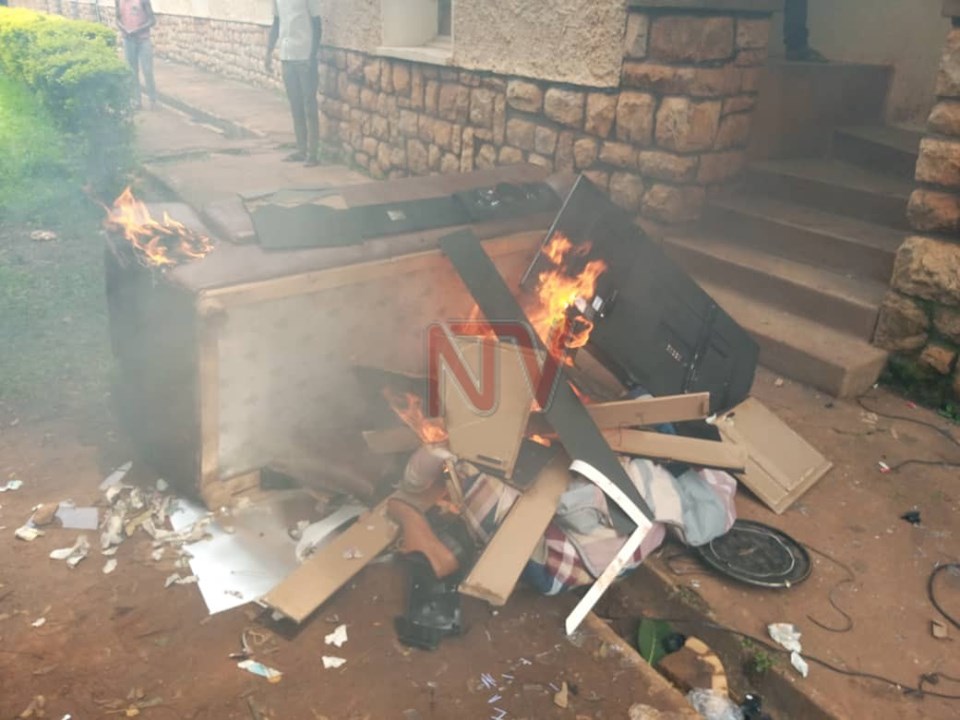 The students, according to reports accuse the Veterinary Medicine final year student of being among those who spearheaded the passing of the 15% tuition increment which sparked off continuous demonstrations at Makerere.

The 15% tuition increment was passed last year, a period when Were headed the Students’ guild.

Efforts to get a comment from Were were futile as all his known numbers couldn’t be reached.

As of today, the strike has lasted over a week and no solution has been reached between the students and the management.

A video posted by local television NTV Uganda shows that students continue to strike despite several engagements between the guild leadership and the University management.

Business in the neighbourhood also remains on a standstill as traders fear for their property being looted by students.

But First Lady and Minister for Education Janet Museveni maintains that the strike is not called for and that students are only paid to cause chaos.

She accused opposition political parties of fueling the chaos that has marred Uganda’s most prestigious University saying they are always on the look out for opportunities to cause chaos.