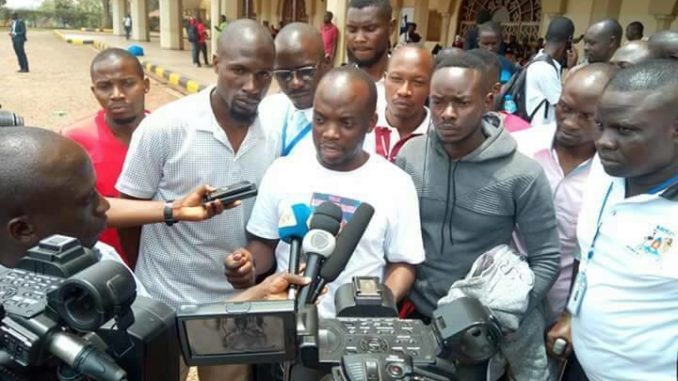 The Uganda Journalists Association announced on Thursday that journalists will not be covering Police events in protest of the force’s brutality against members of the 4th Estate.

The journalism fraternity blames the police top management for looking away as police officers on duty brutalize journalists in the field of work. The President of the body, Bashir Mbazira says journalists were beaten by the police during the recent protests at Makerere University.

“This boycott is for all journalists, editors and media owners; it’s not only for reporters but for the whole profession,”

The UJA President urged editors not to assign reporters to cover Police stories. The first effect was seen on Thursday as Polly Namaye, the deputy police spokesperson was shunned by journalists during a joint pres briefing at UNEB headquarters in Ntinda

Journalists are planning to will hold a peaceful demonstration on Monday which will see them walk to police head offices in Naguru to petition the IGP.