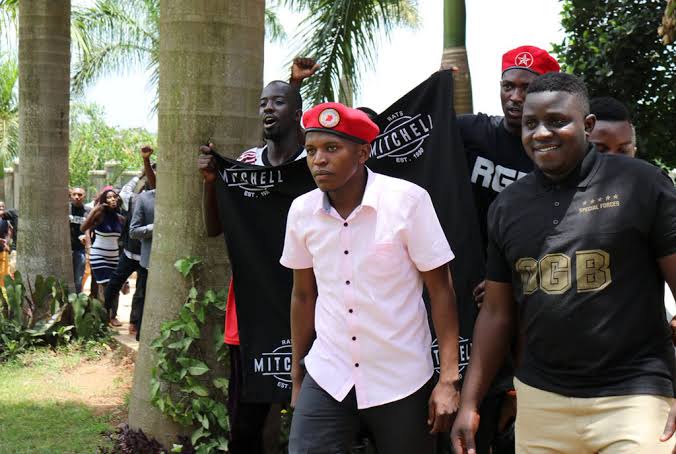 The Makerere University Guild leadership will on Monday hold an “extraordinary assembly” to decide on whether the protests against the 15% tuition increment should continue or be halted.

According to a press release, the assembly will be held in the Freedom Square at the university starting 10 AM.

In a statement, the guild asked that University administration to put parliament’s resolution as regard to the tuition policy into effect.

Last week,?Parliament advised Government to halts any fees increment at the university.

Parliament recommended that increments should only be made when there’s a sustained remedy to financing the university.

The guild also wants the security personnel withdrawn from the University and that they restrain from violent conduct. 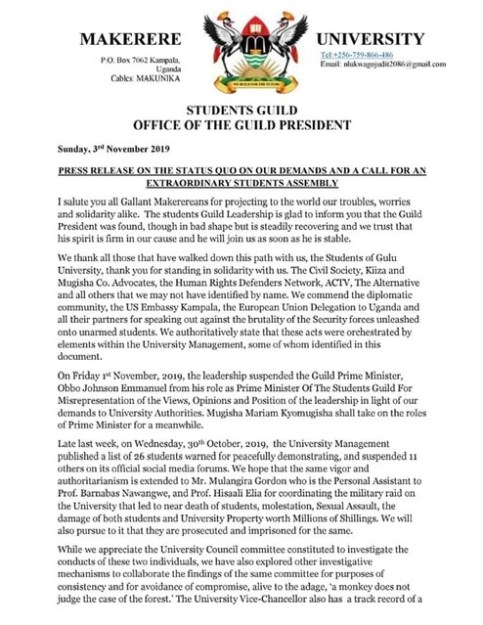 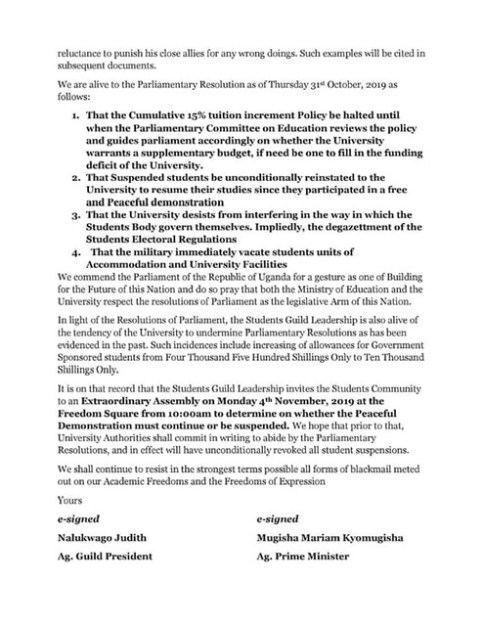