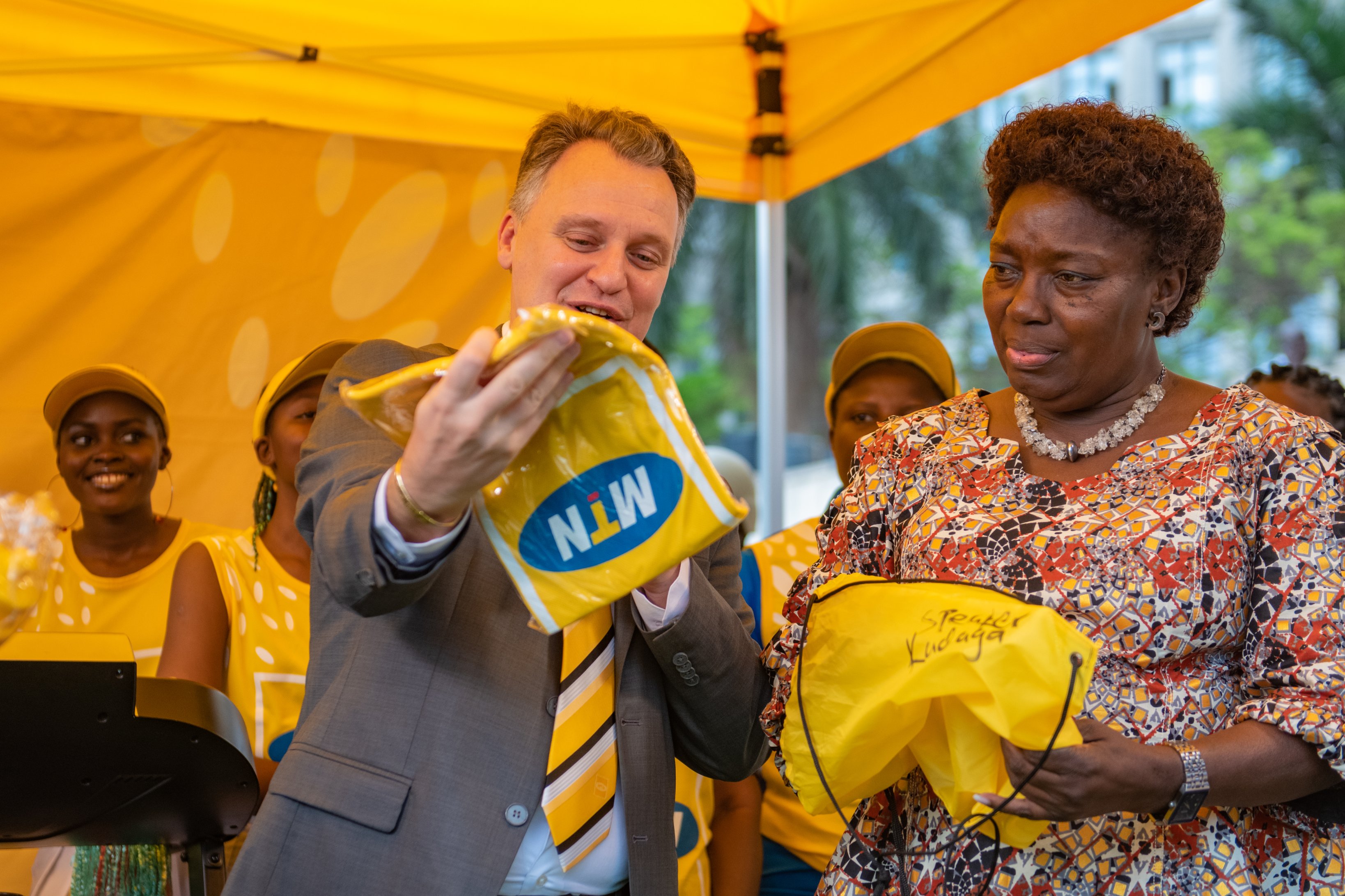 The Speaker of Parliament, Rebecca Kadaga, has commended telecommunications giant, MTN, for continuously giving back to the community through its collections from the annual Kampala marathon.

Kadaga, who was officially receiving the MPs’ and staff kits for this year’s MTN marathon, said that the annual event has now become a culture adopted and it now features on Parliament’s annual programme as it is beneficial to the community.

“You are the biggest telecommunication company with the biggest network coverage and customer base so it is good to note that through this initiative you are giving back to the community and especially supporting maternal health,” she said.

She pledged participation of Members and staff of Parliament in the forthcoming edition of the annual MTN Kampala Marathon slated for Sunday 24, November 2019.

The flag off of the event now in its 16th year will be at the Kololo Independence grounds under the theme: “A good reason to run” focused on maternal health. The marathon will have three races for 42, 21 and 10 kilometres.

“I would like to reassure the public that Members of Parliament and staff will be participating in the run on Sunday in big numbers,” Kadaga said.

MTN Chief Executive Officer, Mr Wim Vanhelleputte said that through the marathon, the company has managed to collect more than Shs4 billion in the last four years. He said that this year’s proceeds will go to revamping maternal health around the country.

“We want to make sure that mothers around the country can go through the child bearing process smoothly and in better conditions,” he said.

The proceeds from the marathon and regional runs will be used to upgrade and improve maternal services in health centre IV facilities across the country.

The event to handover the kits was attended by Members and senior staff in the Parliamentary Service as well as top managers of the telecommunication company. Over 100 MPs and staff will take part in the race.