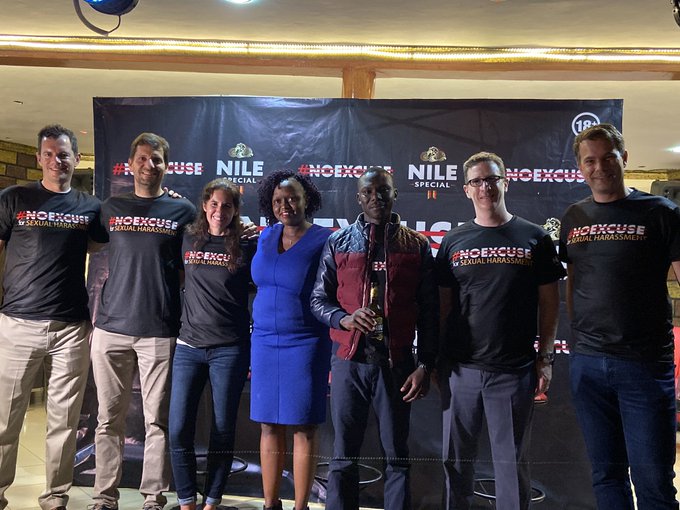 Nile Special, the leading brand of Nile Breweries Limited, has joined the rest of the world to commemorate the 16 days of Activism against Gender based Violence (GBV), starting November 25, under the ‘No- Excuse’ campaign in collaboration with the US Embassy.

In commemoration of the 16 days of Activism against Gender based Violence (GBV), Nile Special on Monday (25 November 2019) launched  ‘No Excuse’ in-bar activations at Beverly Hills Bar in Kansanga.

The ‘No Excuse’ in-bar activations are targeting 50 bars in Kampala with the aim of ensuring that over 1000 bar goers especially men make a personal pledge to stand against sexual harassment and violence. 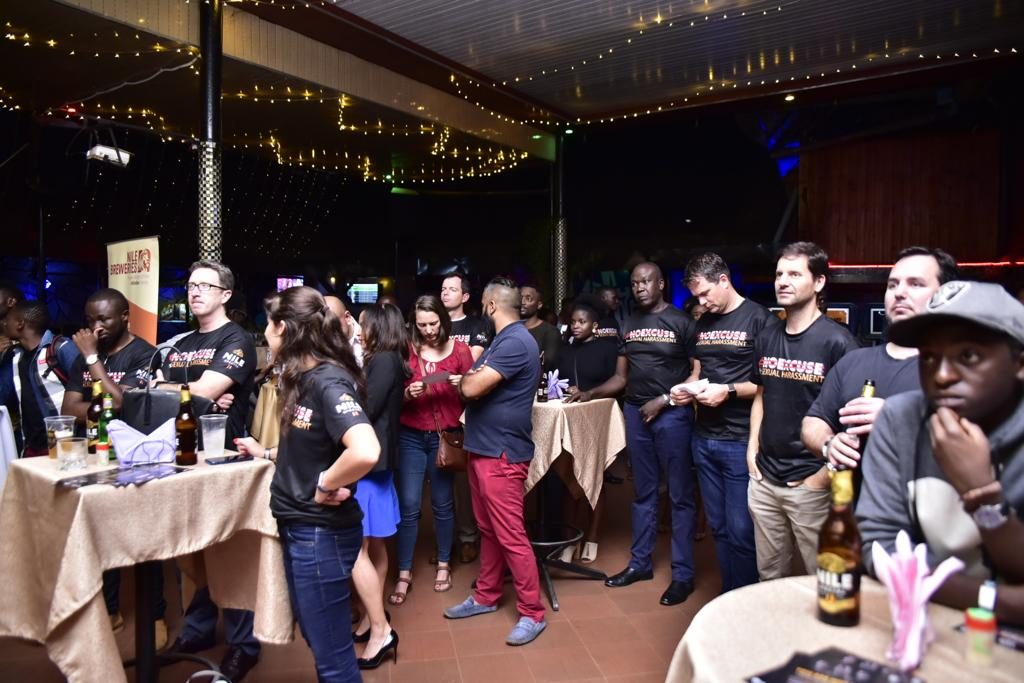 The ‘No Excuse’ behavioral change campaign was launched on August 16, 2019, with the aim of addressing the predicament of sexual harassment in the country.

“Our ultimate goal is to reduce and prevent the incidences of sexual harassment, which affects the lives of too many women, both directly and indirectly, and thereby enabling a much safer society,” said Thomas Kamphuis, the Nile Breweries Limited Country Director.

“As one of the leading Ugandan brands, we have decided to champion the cause and get valuable partners like US Embassy & USAID. We want to get our consumers and the public to question themselves and their behavior. We are saying it is simple. There is No Excuse for Sexual Harassment,” he said.

According to Kamphuis, the brand addressed the subject by calling for smart drinking measures among its consumers, since alcohol abuse has been identified as one of the primary catalysts for sexual harassment.

Through partnerships with US Embassy and USAID, as part of the campaign, victims will also be guided to access appropriate support services.

“This is a perfect example of a public private partnership. Together we are leveraging Nile Special’s #NOEXCUSE social responsibility campaign to create awareness and promote available public resources supported by U.S. Mission funding to strengthen systems and provide Ugandans with a place to turn when violence occurs and families need help,” says U.S. Ambassador to Uganda Deborah R. Malac. 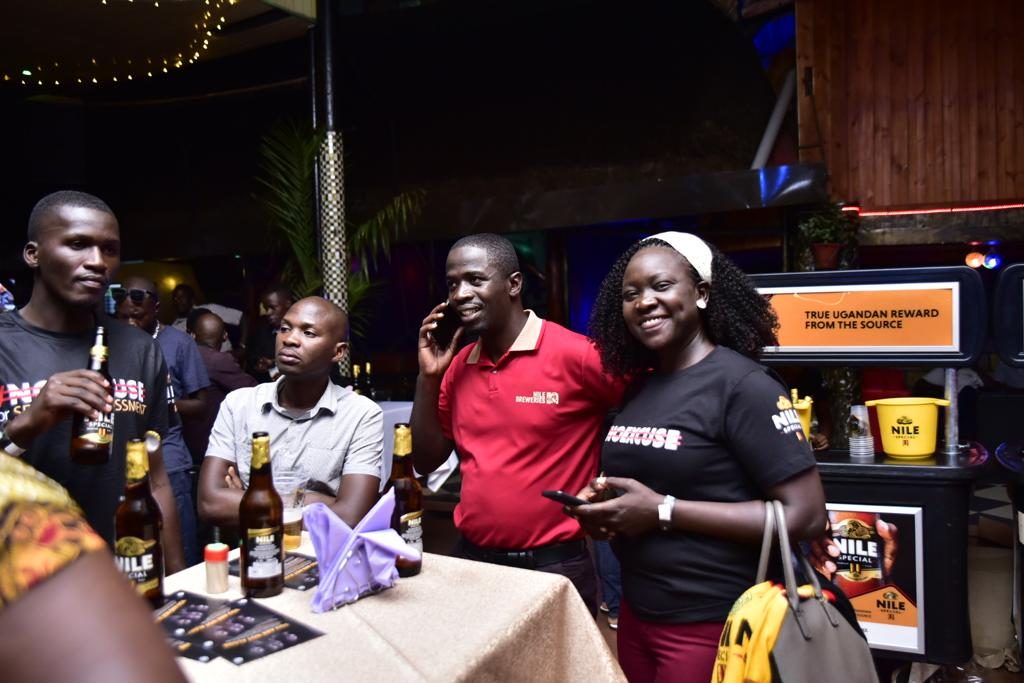 According to Francis Nyende, Brand Manager Nile Special, at the different outlets, customers are urged to take a stand against sexual harassment by putting up a symbol of their pledge and commitment, on boards that will be in the bars.

“Information on available support systems provided by our partners US Embassy and USAID will be shared on different communication channels such as flyers, bill boards and posters around the country,” he said. 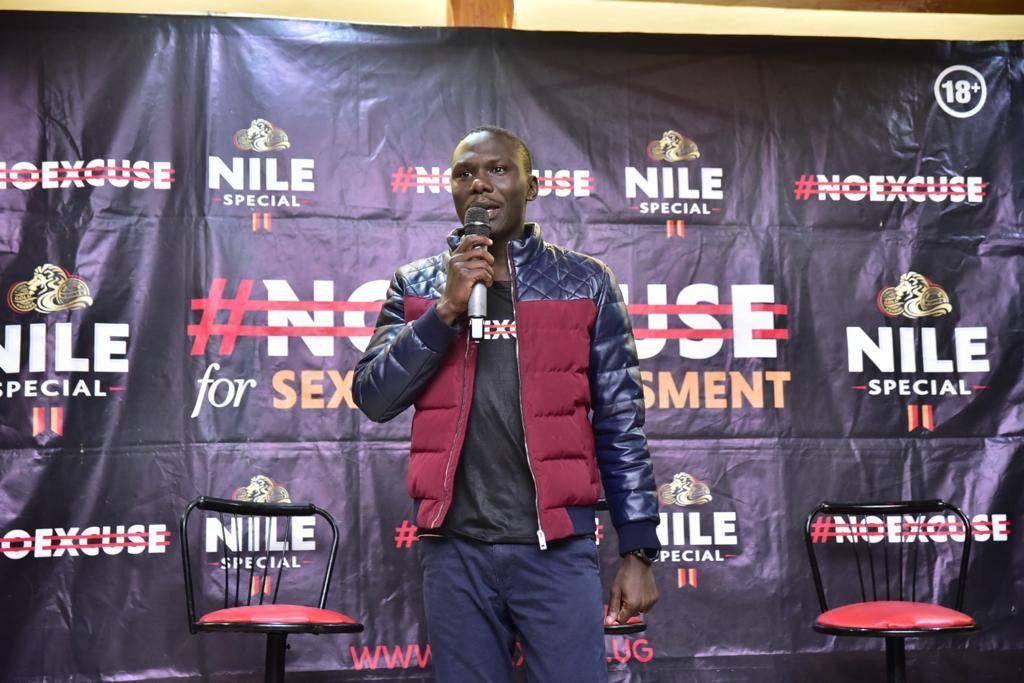 As part of the No Excuse campaign, from August, Ugandans were asked to participate in a survey on the website www.noexcuse.ug to share their understanding of what constitutes Sexual Harassment. The information will be curated and the data presented into a communication campaign to both raise awareness and also educate the public about sexual harassment while changing people’s attitudes and beliefs. 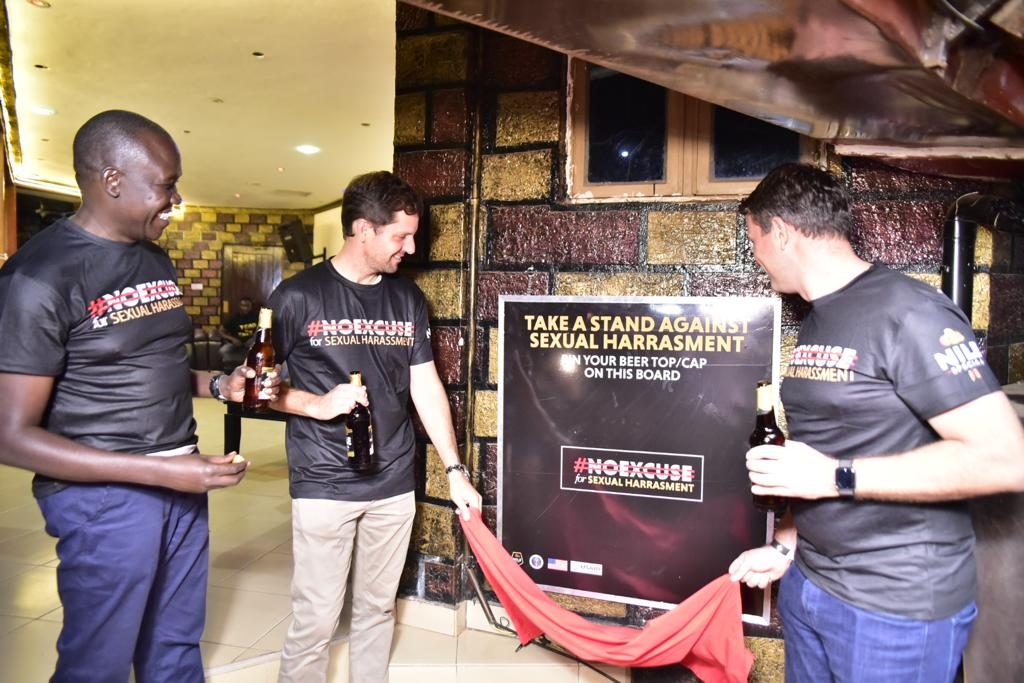 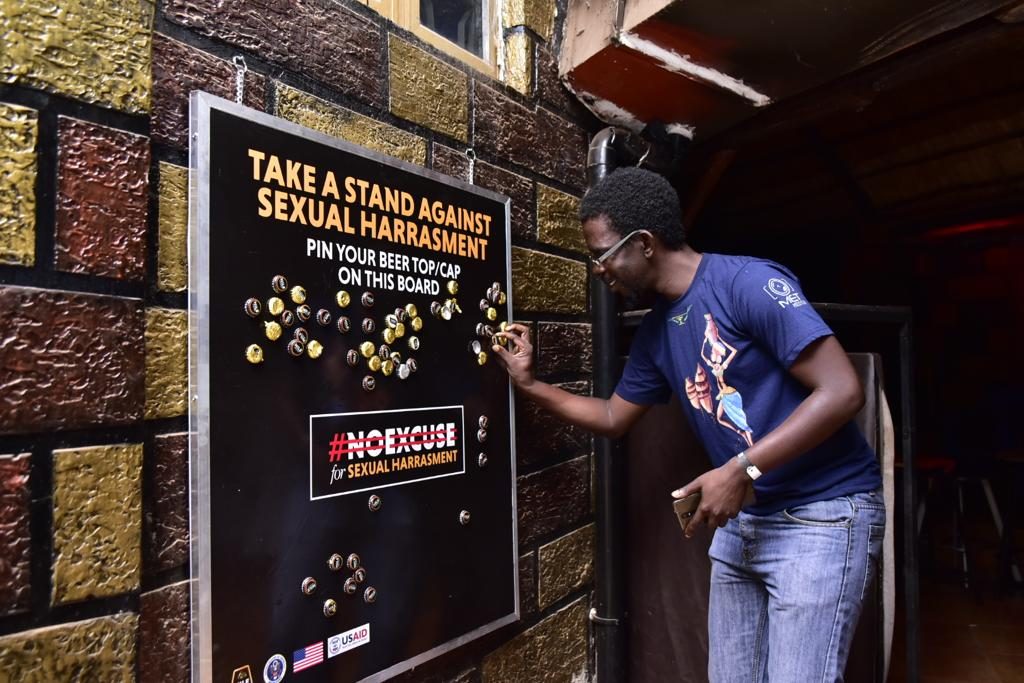