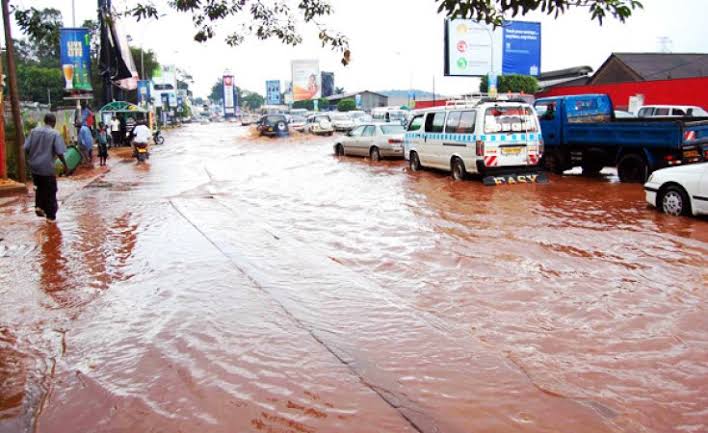 The floods that ravaged Kampala City on Saturday left lots of property destroyed and at least three people dead, among them, a marine officer with the Uganda People’s Defence Forces (UPDF) named Sgt Godfrey Mwondha.

Mwondwa was swept by running water and discovered in Mbuya Katoogo swamp, which is often used as a washing bay. He was taken to Kiswa Health Center in Bugolobi where he tried to fight for his life but lost.

The deceased was trying to rescue a victim who had been swept by the floods a one Ssekitoleko of Biwologoma, Kira Division.

The two bodies were retrieved on Sunday morning trapped at Katoogo village in Mbuya.