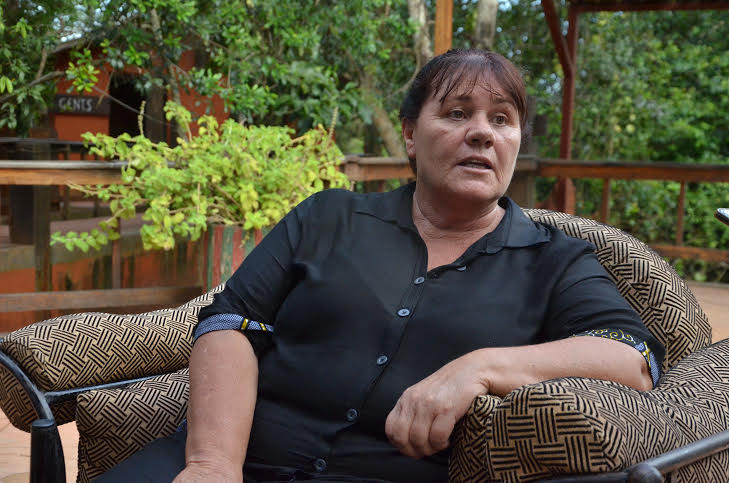 Over 35 Lake Kyoga fishermen from Rwampanga sub-county, Munami, Zengebe and Kibuye villages have been re-skilled and given jobs at the Ziwa Rhino Sanctuary.

It will be remembered that government had banned the fishermen from fishing on Lake Kyoga because of they wanted to regulate the illegal fishing activities at the lake.

The fishermen, who were earning a living from their job, were left with no means of survival.

Angie Genade the Executive Director of Rhino Fund Uganda said that they found it necessary to find an immediate way to help the fishermen get jobs and that’s why they opened the sanctuary to them.

“The fisher men will help in clearing the high shrubs and bushes in order to ease the feeding of rhinos and they will get paid for their work until the lake is re-opened”.

Hassan Kagira the fishermen’s representative was happy about the initiative and thanked Genade for giving them a new source of income.

“As fishermen, we thank Ziwa Rhino Sanctuary for opening new doors for us to earn a living because after were were banning from fishing, we were left jobless and with no future hope,” he said.

Ziwa Rhino Sanctuary also allows over 3000 heads of cattle belonging to the locals to graze inside the sanctuary. They also they spray and treat them for free.

All the above are some of the ways the sanctuary strengthens its relationship with the neighbors hence a good working relationship.