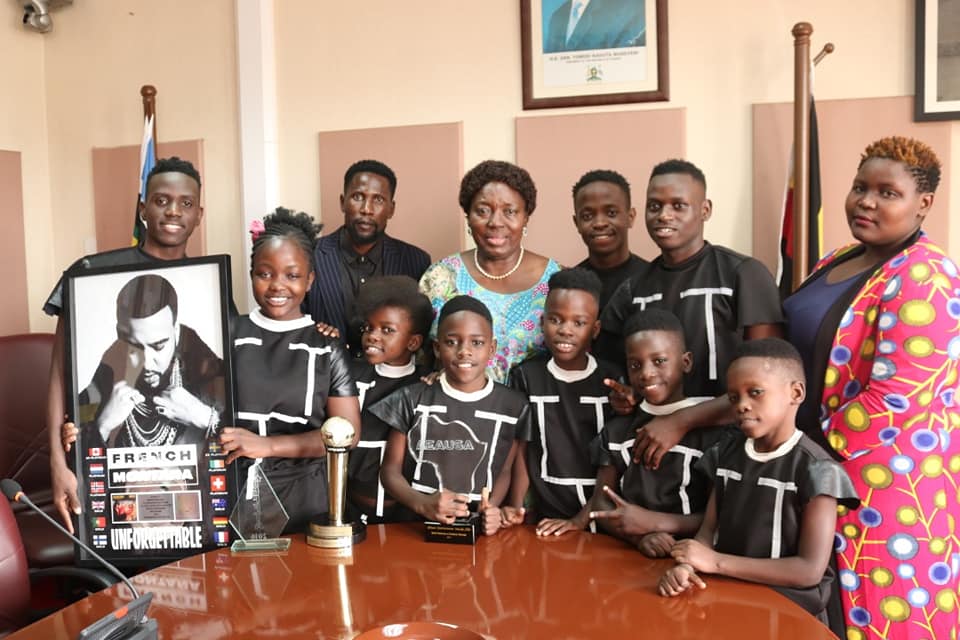 The talented Triplets Ghetto Kids who were on the verge of losing their house have reason to smile.

Members of Parliament heeded to the Speaker’s request to raise shs100 million for the young performers to pay off a balance on the house they purchased. The house acts as their residence and also training centre.

Speaker Rebecca Kadaga made the request after the Ghetto Kids put in an energetic performance at the Parliament end of year party for the members and staff.

Kadaga said she got interested in the kids when she saw them perform at the Pan African Square in Kampala.

“These are very talented young children; they use their talent to entertain us but it also helps them pay their school fees,” she said.

She revealed to the legislators that the children had used their earnings to acquire a property but that they faced eviction and losing it if they don’t pay the balance by 31 December.

“Hon Members, we have supported other causes. Can we please raise shs250,000 each and ensure these children don’t lose their home,” she rallied the MPs who responded in agreement.

Kadaga also urged the MPs and staff to celebrate with the less privileged during the festive season.

“I ask you to remember these people in your constituencies and areas. Get them some meat, rice and chickens so that they can enjoy themselves,” she added.

At the same function, staff that excelled in their work were rewarded. The Speaker in her remarks said that the Commission will discuss how the excelling MPs can also be rewarded.

There were performances from the Prisons Jazz band and staff of parliament as food and drinks were served by Sheraton Hotel.