Parliament has rejected a proposal by the Ministry of Education and Sports to implement a new lower secondary school curriculum citing failure to consult and train teachers in time. This followed a motion by Bududiri West MP, Hon Nandala Mafabi where he called on Parliament to halt the implementation of the new proposals to allow for consultation and training of teachers. He also prayed that the government provides the House with a proper statement on the implementation of the changes.

According to the National Curriculum Development Centre (NCDC), the new curriculum will develop the learning skills needed to ensure that all graduating students can think critically and study effectively.

The learners will possess a range of generic skills to be successful in their personal and social lives, in making a living, and rendering them more employable in the widest sense.
This motion followed a heated debate on a statement by the Minister of State for Primary Education, Hon. Rosemary Seninde on the curriculum.

Seninde said that the current curriculum was designed in the 1960s to address mainly producing the human resource for white collar jobs.

“The government currently has a different development agenda to address the country’s transformation,” she said adding that, ‘lower secondary is still basic, therefore the curriculum aims at giving the most critical content that is felt necessary which the learner should acquire before leaving this level of education’.

Hon. Ibrahim Ssemujju Nganda, the Opposition Chief Whip said that the new curriculum has brought about confusion and disturbed the normal school programming.

“I have been to Kibuli Secondary School among other schools in the city and discovered that the teachers are fidgeting to get relevant training for the new curriculum; this has forced many of them extend the opening dates,” he said.

Ssemujju Nganda said that the statement was not fully cognisant of the situation on ground.
Hon. Michael Mawanda (NRM, Igara East) said that the curriculum has some loopholes; only focusing on lower secondary school instead of starting from primary school.
“As a competence assessment curriculum it should start from primary one,” he said adding that, “the grading system which involves competency assessment of 20 per cent to be done by the teachers will be irregular because different schools across the country have different competencies”. Mawanda added that the introduction of the curriculum has created a stampede because there is a rush in schools to adopt the curriculum without the necessary text books and training of teachers.

“It is also wrong for the Ministry to train its teachers on a curriculum in three days that has taken 13 years to prepare,” he added.

Mawanda suggested that the government takes a year piloting the curriculum to iron out any issues before fully launching it.

Masaka Municipality MP, Hon. Mathias Mpuuga, said that the move by the ministry to roll out a new curriculum was what he referred to as chaotic planning’’.

“Not so long ago, the government decided to build a secondary school in every sub-county but before it could implement that, it has jumped to rolling out a new curriculum that is going to cost a lot of money,” he said.

He said that is incoherent for the ministry to come up with a new assessment method for students as is stipulated in the new curriculum without forming a comprehensive assessment tool and taking time to train the teachers.

Mpuuga urged the ministry to take time piloting the curriculum before fully rolling it out.

The Minister said that the government has prepared enough for the curriculum, involved all the stakeholders and she is certain that they were ready to roll it out.

“This curriculum is for the good of the future of our children and their careers; I pray that the Members of Parliament come on board to support this initiative,” she added.
Hon. Seninde, however, promised to reconsider the matters raised by the members and thereafter report back to Parliament with a conclusive statement. 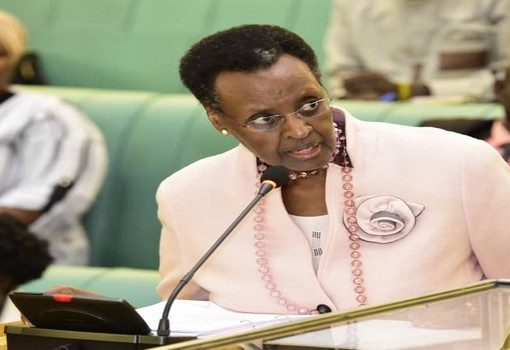 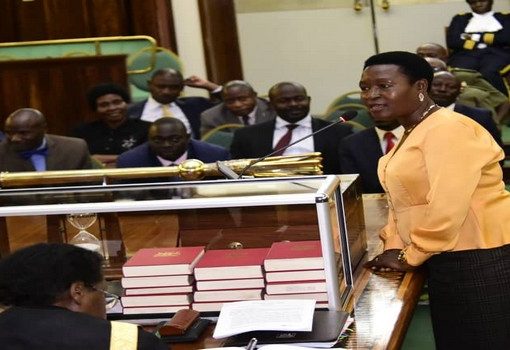 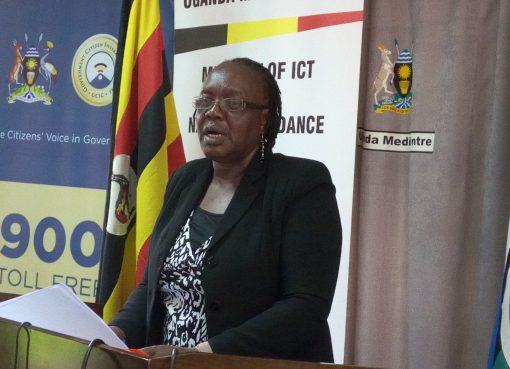 New Curriculum: Distribution of Text Books to Kick Off Next Week