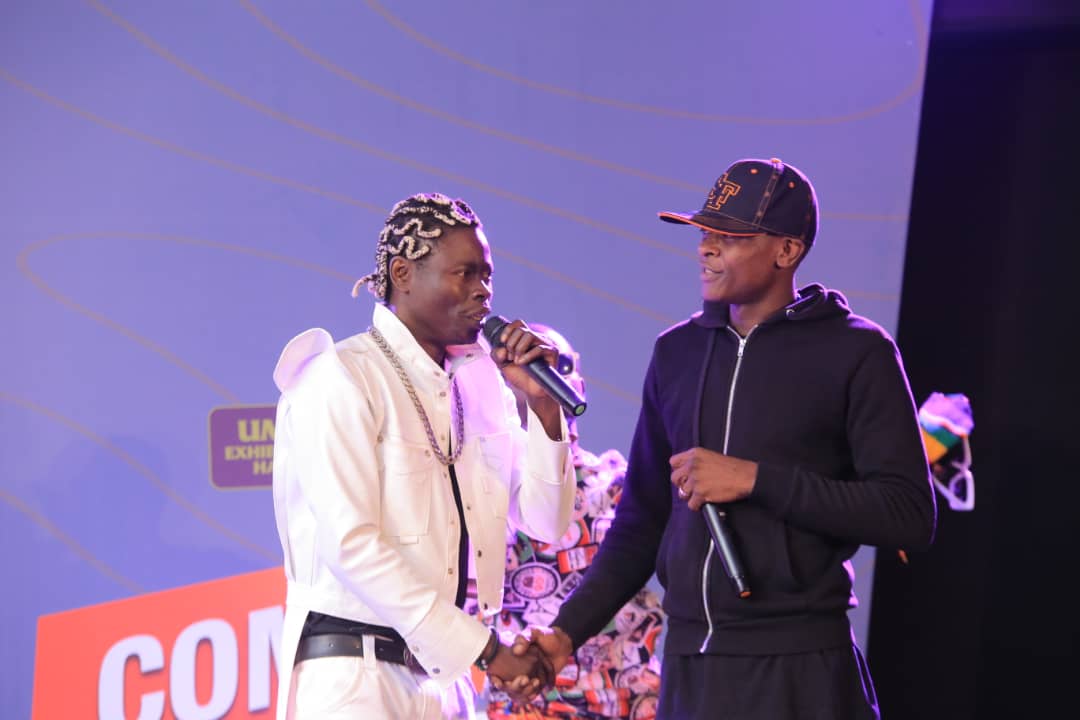 Singer Chameleone and Clever J met after so many years. The two met at Comedy Store on Thursday where Clever J had been invited to perform.

Chameleone said he had only attended the show to meet Clever J.

“I came here because you were advertised,” a visibly excited Chameleone said.

Clever J was more than excited to meet the Leone Island boss, “I cannot contain my excitement. I am so glad to meet you again. I have been looking for you,” Clever relayed.

Adding that “I heard that you bewitched me. People say so many things. Chameleone this, Chameleone that, eh.”

The two hugged and agreed to catch up more often.

Clever J had been buried in oblivion for a long time, but 2020 is his year of resurrection.