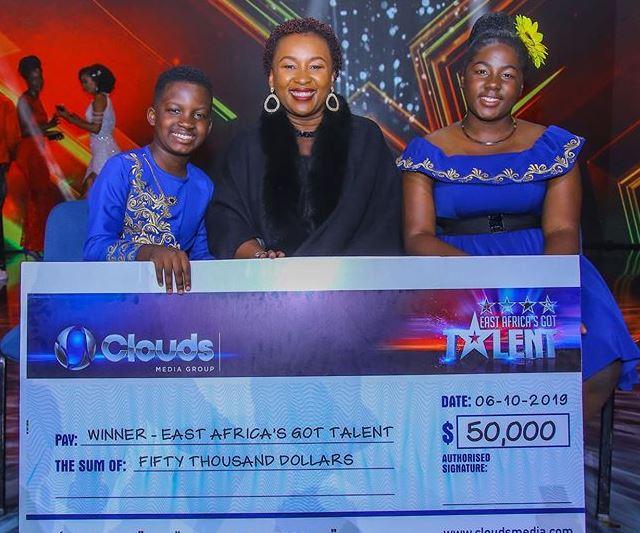 East Africa’s Got Talent 2019 winners Ezekiel and Esther have sounded an alarm saying that they have until today not yet received their $50,000 prize money.

According to a statement released by the duo, four months have passed since they won and they are becoming frustrated.

“Hey Beloved ones, we are beyond frustrated, and we are writing this to seek speedy resolution to the delayed release of East Africa’s Got Talent $50,000 cash prize that was supposed to be given to us the winners! Don’t get us wrong, it was such an amazing experience, very humbling meeting the President, inspiring other young kids and all the amazing people we’ve met along the way!” the statement reads.

They went on to say, “While we appreciate the platform EAGT gave us, it’s their duty as well to fulfil their promises. This is a serious concern to us as the funds are delayed, no one from EAGT has reached out to us.”

The duo says they had promised to donate part of the money.

“We wouldn’t want to make empty promises.” reads the statement.

Another account under the names Ezekiel and Esther UG has, however, rubbished the information calling it fake.