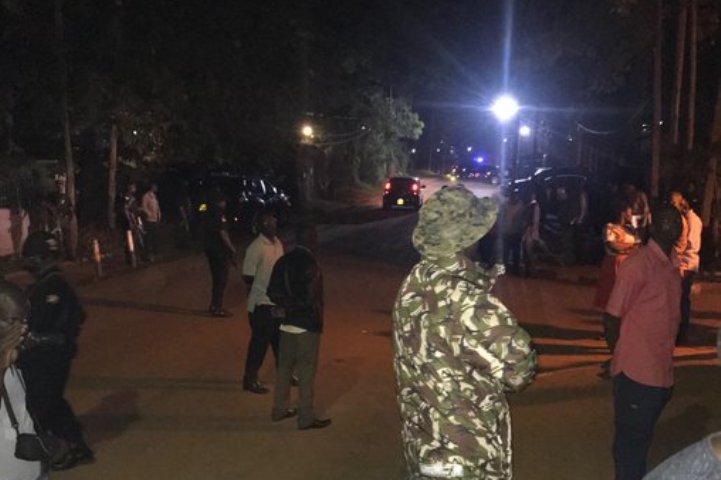 Gen. Henry Tumukunde’s son, Philips Tumukunde and 19 campaign coordinators of the former Security Minister are being held by security forces at his offices in Kololo, Tower Post News has learnt.

Among the others detained is Tororo North Member of Parliament Annette Nyaketcho, who is said to being Tumukunde’s national campaign coordinator.

This follows Gen. Tumukunde’s arrest by a joint team of police and the army led by CID Director Grace Akullo over alleged Treason on Thursday.

This website understands that after his arrest, whoever else was found at the office was ordered not to leave. These were kept on guard by the army and police.

In a Police statement, Police Spokesperson CP Fred Enanga revealed that Gen Tumukunde was arrested for treason. Enanga added that  Tumukunde’s offices were secured for further search, “for any additional evidence of material value”

“We would like to inform the public that on the 12.03.2020, at around 7pm, a joint security task team led by the Directorate of Criminal Investigations, arrested Lt. Gen. Henry Tumukunde for alleged Treason. His premises at Kololo were secured for further search this morning, for any additional evidence of material value.

The arrest follows his utterances in a series of radio and television interviews, which seek to foster hatred that might lead to inter-community violence, fomenting and glorifying violence in general. He in addition, calls on the support of a neighboring country to support him in removing the current leadership with or without the ballot.

He is therefore, being charged under Sections 23 (2) b and 23 (3) b, of the Penal code Act, which deals with instigating persons to invade the Republic of Uganda and inciting any persons to make a mutinous assembly.

As always our number one priority is the safety and security of all Ugandans. And we would like to thank our task teams for their swift action, upon recognizing the impact of the inflammatory and provocative rhetoric by the suspect on members of the Armed forces and the wider public.

This should also act as a deterrent to others who would like to promote views that seek to naturalize violence in our country, Uganda.