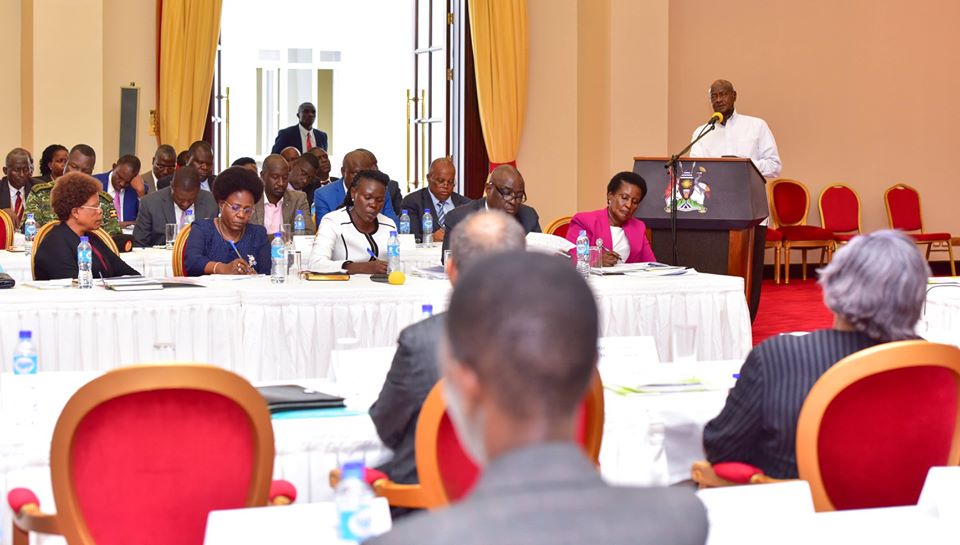 President Yoweri Museveni has strongly warned to lazy civil servants with a bad attitude towards work saying this causes paralysis of government work and underperformance.

“One of the problems remaining is the attitude of not being bothered with work and this must be crushed. This is holy ground because you are in a government which the people of Uganda had to fight for, to die for, in order to create a democratic government. So for you to come with your attitude of ‘I don’t care’ is abominable” he said.

The President was speaking during the closing ceremony of the  the Presidential Investors Round Table (PIRT) that took place at State House Entebbe.

President Museveni said that managers should clearly task in writing what is expected to be done which will in turn help in measuring staff performance.

“I don’t believe that there is a problem of the constitution protecting public servants from being censured if they do not do well. The one who is tasking should do it clearly “ he said

The 6th phase of the Presidential Investors Round Table focused on tourism, competitiveness and ease of doing business, minerals and value addition, oil and gas, transport and logistics and agricultural value addition.

The PIRT drives government Ministries, Departments and Agencies as well as local and foreign investors to come together to improve service delivery and improve the country’s competitiveness in the global economy. It is one of the sources of a number of policy and legal frameworks and illustrates a dynamic and mature public- private partnership in the delivery of public services.

President Museveni outlined road transport, railway, electricity, piped water, ICT back-borne, education and literacy levels as some of the major drivers that have seen the economy grow inspite of the challenges. He said those drivers and others being worked on will no doubt stimulate economic growth and development in the country.

He cited the mineral sector as one of those that is doing well, adding that gold alone fetched 1.3 billion dollars between February 2019 to January 2020. He cautioned government officials that for any policy that is initiated, it should be private sector inclusive as well as country friendly driven .

On the Coronavirus, President Museveni urged the people and the country at large to be strict for there is no short cut. He however noted that the disease will be defeated just like HIV/ AIDS, Ebola and Marburg once they are careful and know what to do through sensitization.

The Finance Minister, Hon. Matia Kasaija cited the slow decision making and implementation of decisions which he said affects performance.