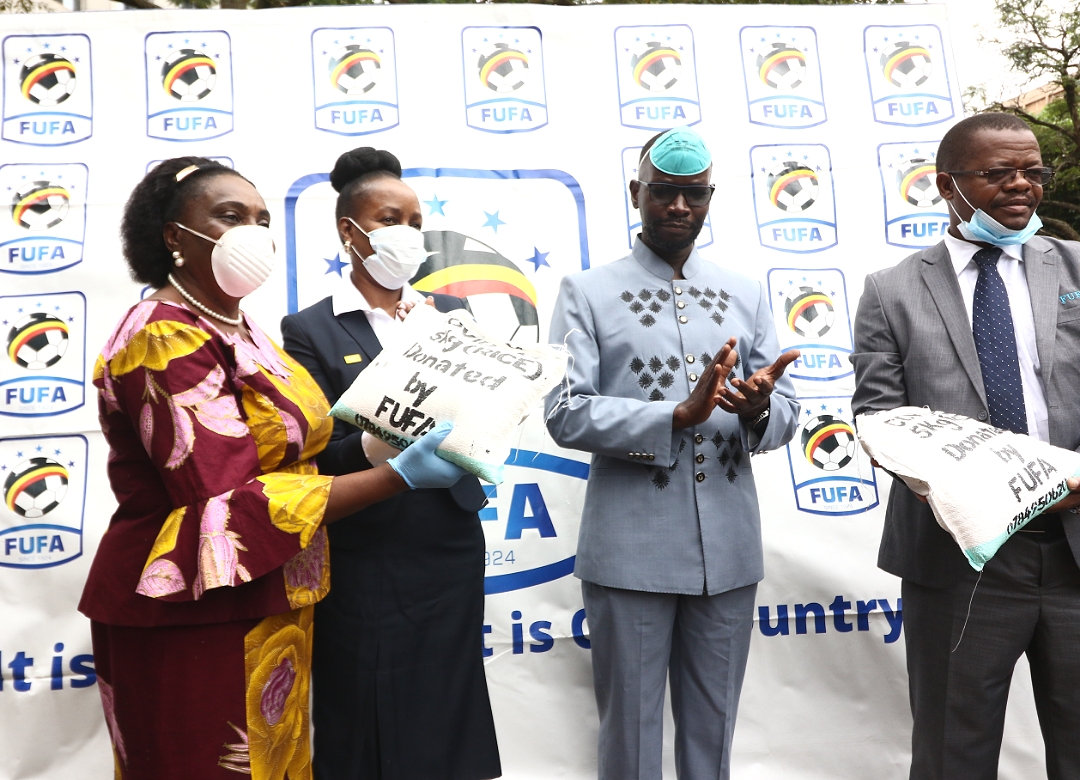 FUFA has on April 16, handed over 12.5tones of rice to the National Covid-19 Task Force to be distributed to the communities during this period of the lock down as a result of the pandemic that broke out around the world.

‘FUFA has responded to the call by H.E. the President of the Republic of Uganda Yoweri Kaguta Museveni who is a great supporter of football at all levels by donating 12.5tones of rice to the National Task force through the Office of the Prime Minister for onward distribution’ said FUFA President Eng. Moses Magogo.

‘The donation will also cater for over 2000 football players and officials in the Uganda Premier League, FUFA Big League, FUFA Women Super League and FUFA Women Elite League country wide who are no longer earning without football being played due to the current lock down’ added Magogo.

The National Task force Covid-19 was represented by Minister of General Duties in the Office of the Prime Minister Hon. Mary Karooro Okurut.

‘We welcome the donation and this will help us add to what we have already received. We encourage everyone to remain fit during this period’ noted Hon. Karooro.

‘On behalf of the sports sub sector of Uganda, i would like to salute FUFA through this humble donation of rice to the National task force of Covid-19. We are optimistic as a country in response to the call by H.E. the President of Uganda, the sports subsector although has been greatly affected together with tourism through FUFA we are able to make this humble contribution. I call upon all the sports loving members of the society who can make a contribution just like FUFA has done to follow suit but there is also a provision in the Bible in the Acts of Apostles Chapter 20 verse 35 that says; there is more blessing in giving than receiving. So i call upon you, all the sports fans of Uganda if you have the ability to provide, the timeb is now’
FUFA President was accompanied to event by 1st Vice President Justus Mugisha and 3rd Vice President Hon. Florence Nakiwala Kiyingi together with the CEO Edgar Watson.