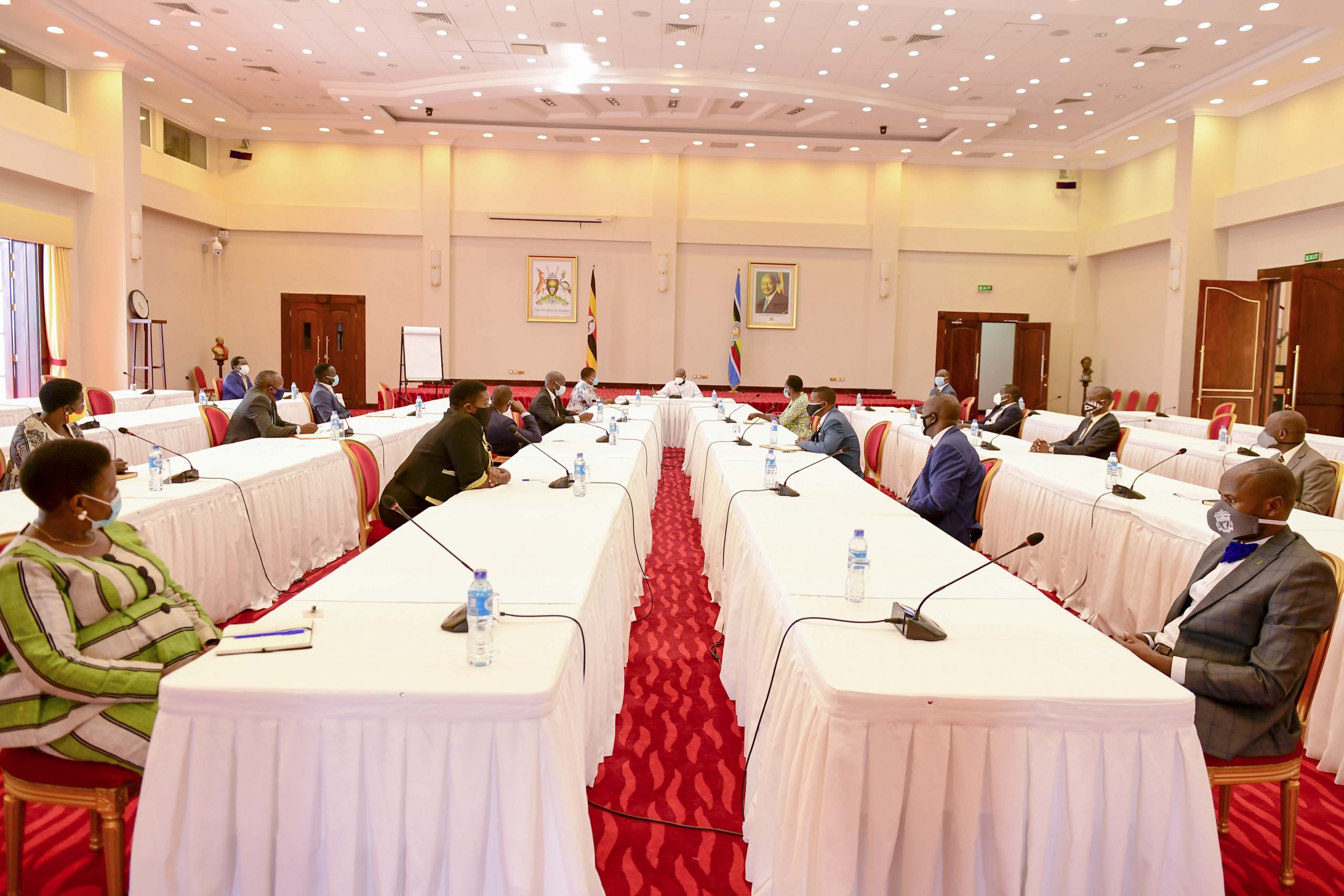 National Resistance Movement (NRM) Members of Parliament who have been defying and voting against several party positions have met the party chairman President Yoweri Museveni, and sought for forgiveness. The meeting was held at the statehouse, Entebbe on Wednesday, July 15.

“We are here as your sons and daughters. We request you to forgive us and we move on,” said Kumi Woman MP, Monica Amoding, on behalf of her 16 colleagues.

The NRM chairman Museveni welcomed the members back into the fold, saying he would table their request for forgiveness before the party’s Central Executive Committee (CEC).

Emphasizing the importance of unity, President Museveni told the MPs that what should pre-occupy them is the future of the African race.

“The issue we are dealing with is not terms limits or age limits but the survival of the African race,” he said, adding: “We do not have a strong black nation like the US, Russia, India, China.”

President Museveni also warned the MPs against preaching parochial politics of identity, guiding that they should instead focus on wealth creation for the people.

“Because people are now waking up, we are having a lot of food, sugar, milk, bananas etc. Do not talk about your tribe or religion but talk about prosperity and wealth creation,” he said.

What the Legislators said

Hon. Theodore Ssekibubo told the President that the group was ready to support and work with him.

“When duty calls we are here and ready for deployment,” he said.

Relatedly, Hon. Barnabas Tinkasimire, who thanked the SG Lumumba for organising the meeting, said they wanted the NRM party to recognize them and they would in return work for it. He commended President Museveni for being a father figure and a great leader.

Ms Rwabwogo reiterated their commitment to work with Museveni while Dr Lyomoki said their presence in Parliament was due to the NRM revolution.

“Without your revolution, we wouldn’t be in that Parliament so thank you for this opportunity and please forgive us,” said Dr Lyomoki.

What the Public Says

“I respect my colleagues in Parliament but we must learn to withstand hard times for better times to come. We must take the pain of the beatings for what is right. I will never throw stones at you because even when you were in Nrm you have always debated and voted as patriots. You have all the rights to belong to NRM and also think objectively. I still believe you can make it as independents to parliament. The struggle still needs you, comrades. The journey is still long.” he added.