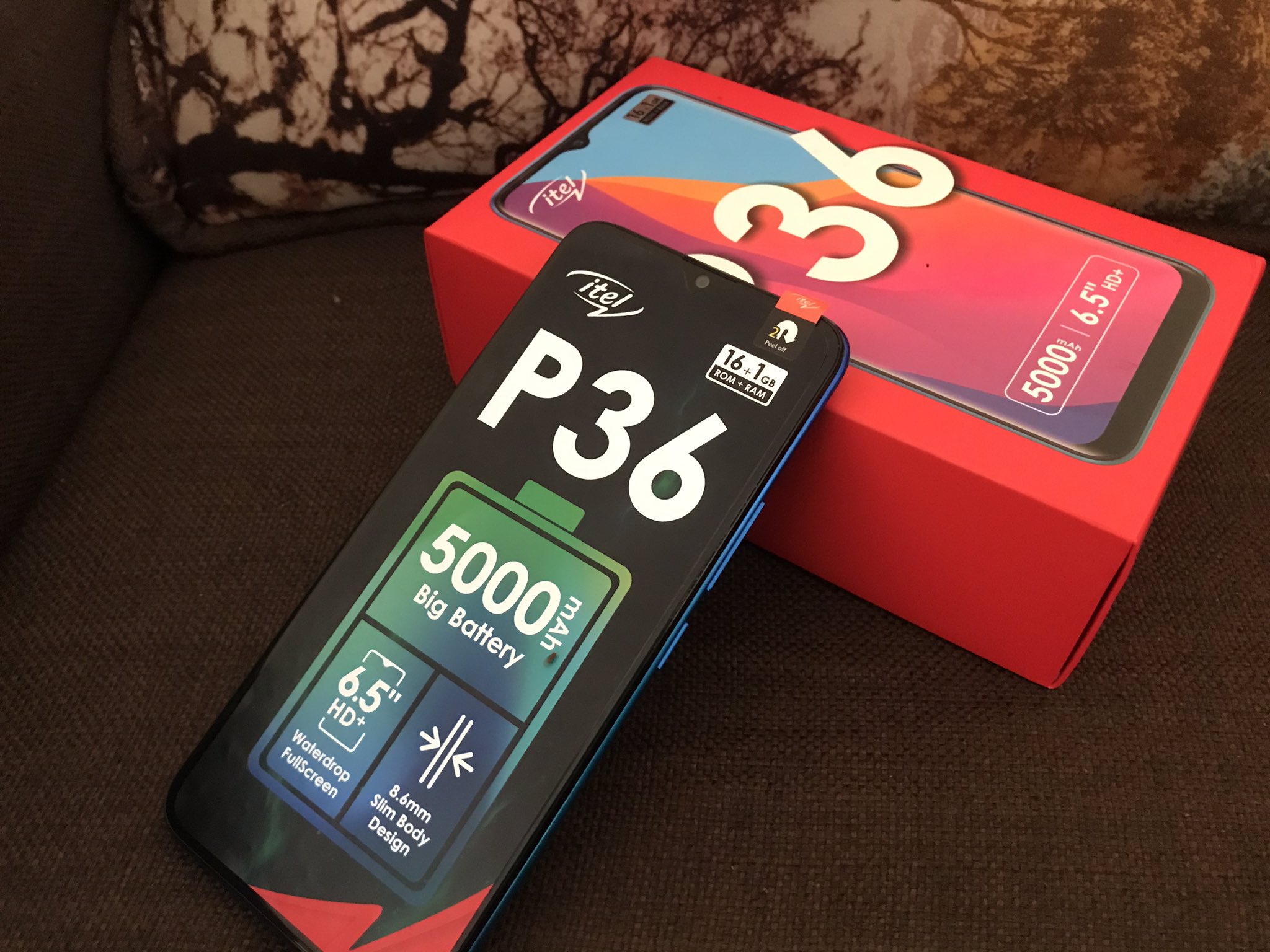 After close to a year of waiting, phone manufacturer itel Mobile recently released a new device in its Power series, the itel P36.

The device was launched same time with a Pro LTE which is an improved version of the same.

The P36 is coming as a successor for the P33 which was launched in August last year and a number of improved features that will take the user ‘A Step Faster.”

The device has got a more modern design and more interesting features and like all devices in the P-series, it promises a very big battery optimized to deliver the best battery performance possible compared with other smartphones in its price range.

Looking at the top of the box, you will get an impression of the device you should expect on the inside. The bottom side of the box has some specifications of the device.

Among the specs displayed is the android version it runs on (Android Pie – Go Edition), battery capacity, display and resolution, among others.

Opening the box, you’ll land on the device, front side up covered with a stickers both at the front and the back.

The phone has a gradient plastic design which doesn’t keep finger prints and a camera module that is almost identical to other flagship smartphones on the market.

The right side of the device houses volume rocker buttons and the power button.  The left side houses a dual sim card tray and a dedicated micro SD card slot that is expandable up to 128GB of storage.

The top side is smooth while down at the bottom is the speaker grill, a micro USB 2.0 port, a mouth piece opening and a 3.5mm jack port for wide audio connection.

The back side has a dual camera setup and a flash, a setup which looks pretty much like the one in the iPhone 11 Pro. It also houses a biometric sensor and some itel branding towards the bottom.

Below the phone is an envelope which contains the SIM card ejection tool and a plastic case that fits well with the phone’s cutouts.

I don’t like the fact that the case is hiding the beauty of the smartphone but the case protects it from scratches and crack.

In the bottom compartment, you will find a 10-watt charger, a micro USB cable and a pair of earphones.

The choice of giving the itel P36 a 10-watt charger was a wise one considering the kind of battery it has to power. This will support the fast-charging feature despite having a very big battery.

I will be using the device for the next one week to understand its performance in comparison with its predecessor and other new devices launched in the same period.

In a nut shell, you will like the design of the itel P36 because it’s elegant, not too heavy to hold and gives the user a wider screen because of its reduced bezels.