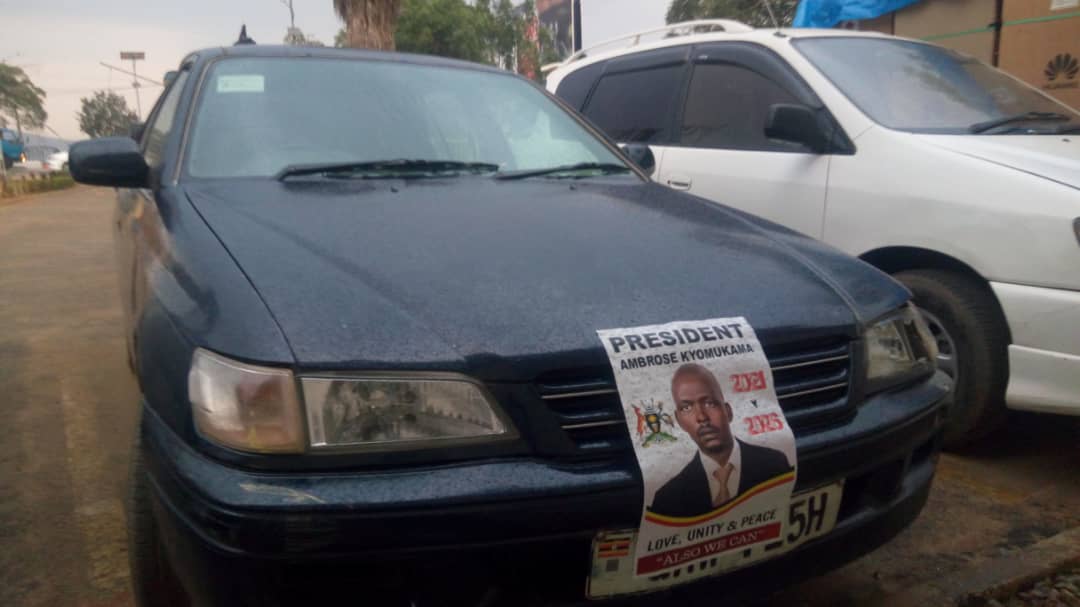 Police in Mbarara is holding Ambrose Kyomukama are presidential hopeful who was arrested on Monday after he was found holding an unlawful meeting.

The meeting was happening in Kijjungu Market, Nyamityoroba ward. He was arrested with two other people on his campaign team, Kizza Maxon and IsaacMagaragangye.

According to the Rwizi regional spokesperson ASP Samson Kusasira, the suspects will be charged with disobedience of the law, holding unlawful procession and committing a negligent act likely to spread an infectious disease.”

Kyomukama intends to stand as an independent candidate.

He was using Fuso trucks to mobilise the masses.