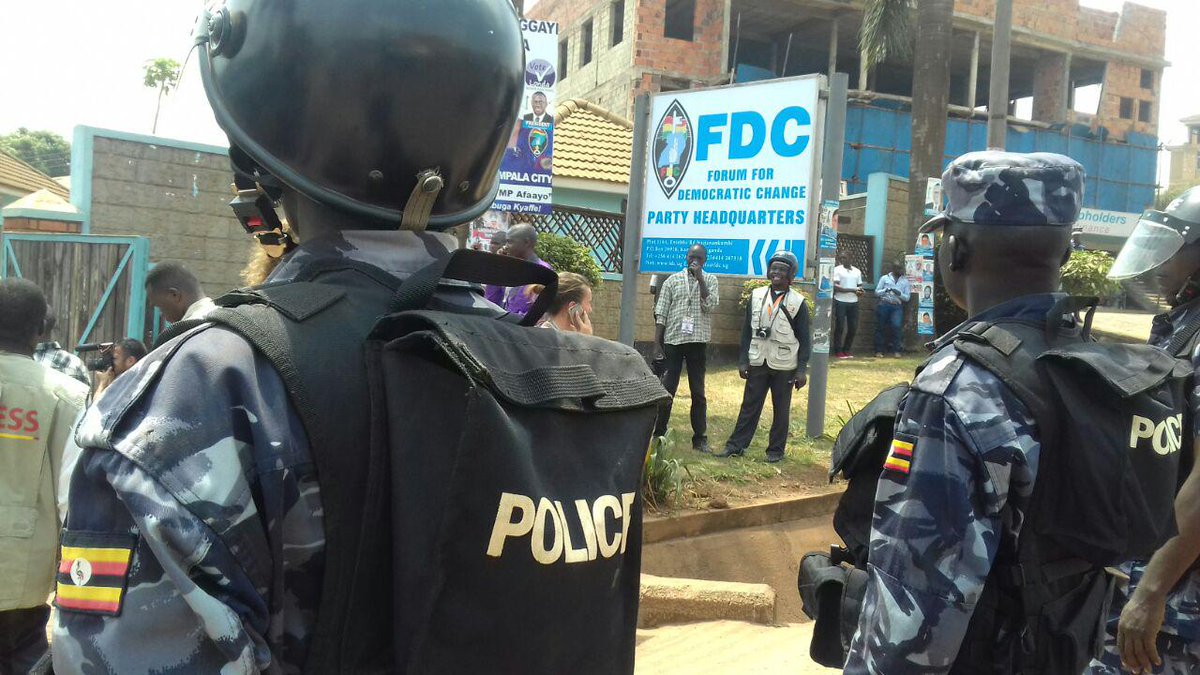 Police has Tuesday afternoon surrounded Forum for Democratic Change (FDC) offices in Najjanankumbi, blocking entry or exit of any car.

The Tower Post’s Moses Kayigwa who is on ground says all gates have been blocked by tyre cutters and armed security officials deployed on every corner of the office’s perimeter wall.

Several party officials who had gathered at the offices to welcome Kampala Lord Mayor Erias Lukwago into the FDC are stranded inside the house as they can’t be allowed to leave.

Lukwago crossed from the Democratic Party which he had been a part of for over 10 years although with many disagreements between him and other party leaders.

“We were blocked for no reason. I thought we were prisoners in our own compound,” Nakawa Division Member of Parliament Michael Kabaziguruka said.

“We want the Police to tell us if we are under arrest or not,” he added.

By publication time, Police was still deployed at the offices and no car was allowed in or out of the compound.