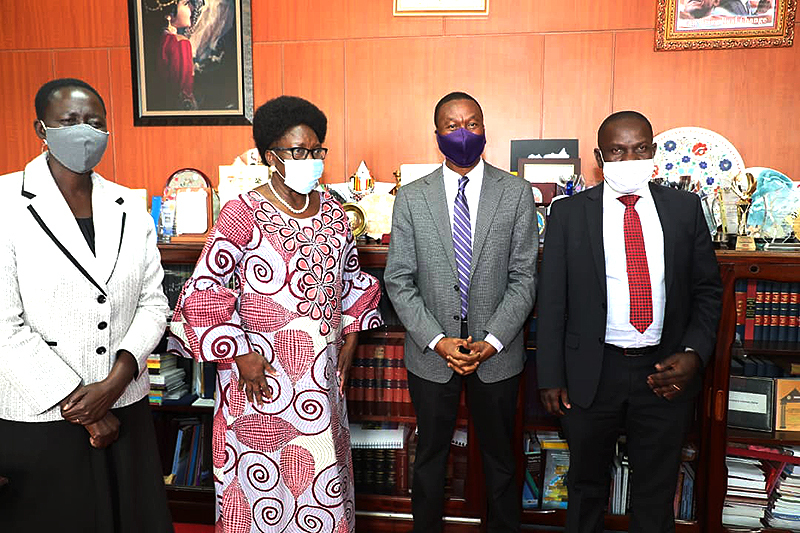 The Alliance for National Transformation leader, Mugisha Muntu, has on Tuesday paid a courtesy call to the Speaker of Parliament Rebecca Kadaga.

Muntu met the Speaker together with other members of ANT including Alice Alaso, and the newly recruited Paul Mwiru.

Among the things discussed at the meeting was the membership to the Inter-Party Organization for Dialogue (IPOD) in light of three MPs joining ANT.

The speaker told Muntu that she was going to consult widely, especially on the issue of IPOD and MPs that have switched allegiance. The law allows any MP to cross to any party of choice during the last six months of Parliament’s tenure. This week, other MPs joined Hon. Robert Kyagulanyi’s National Unity Platform (NUP) party.

Bryan Morel: The Interesting Life of a PR and Communications Supreme