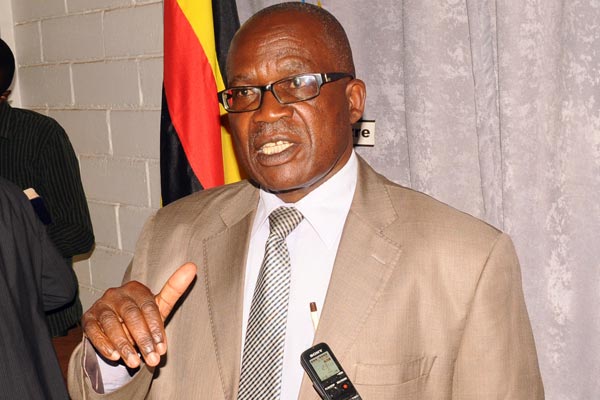 Budgebo County Member of Parliament (MP) Muruli Mukasa has announced he will not be seeking re-election in 2021. Muruli, who is the Public Service Minister told journalists on Tuesday that he will be supporting another candidate, Engineer Berunado Ssebugga Kimeeze who is contesting on the NRM ticket.

Others include; Nathan Musoke and Julius Kalema from the National Unity Platform.

Muruli said he will continue serving in government even after retiring from elective politics.

Muruli served as Minister for Security between 1996-2003 and 2011-15 as well as Minister for Labour and Social development in 2015-16. Muruli is the second Minister to announce his decision to step down from elective politics after Local Government Minister and Igara West Member of Parliament Raphael Magyezi.