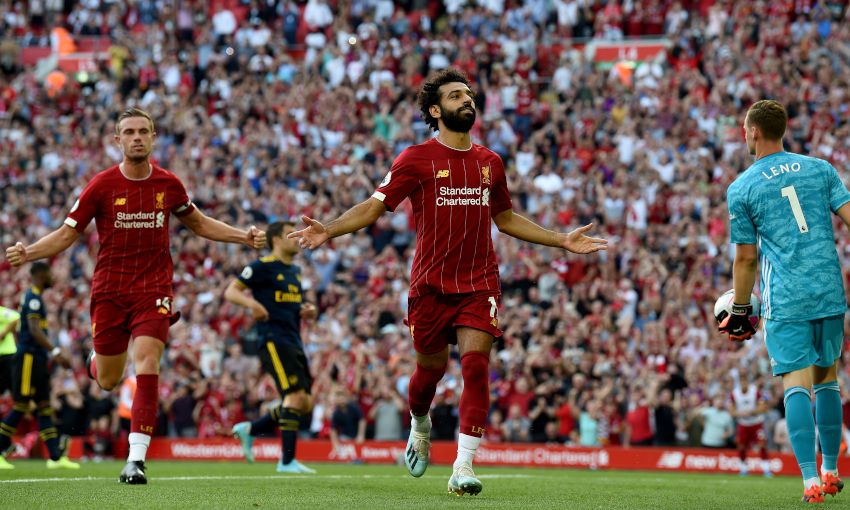 The FA Community Shield game between English Premier League Champions Liverpool FC and English Domestic cup winners Arsenal will be accessed by all DStv subscribers despite which package they have, Multichoice has confirmed.

The game which will be played on Saturday August 29th starting at exactly 6:30PM EAT will be a trophy tie-breaker between the North London side and the Merseyside giants.

Both teams have won the Community Shield cup 15 times with Arsenal being the most recent winner in 2017.

Liverpool last won the trophy in 2006 after beating Chelsea, the then EPL champions two goals to one. John Arne Riise and Peter Crouch scored for Liverpool while Andriy Shevchencko scored Chelsea’s consolation goal.

After the Saturday game, the winner will become second in ranking of Community Shield cup holders following Manchester United who have won the trophy 21 times.

United last won the trophy in 2016 after defeating Leicester City.

According to information from Multichoice Uganda, the Saturday game will be broadcast on SuperSport 3 and SuperSport 10, a channel that is available on all DStv packages.

Unconfirmed reports say the match could serve as a test event to welcome a restricted number of fans into Wembley as part of plans for supporters to make a socially distanced return to sports venues more widely from October 1st.