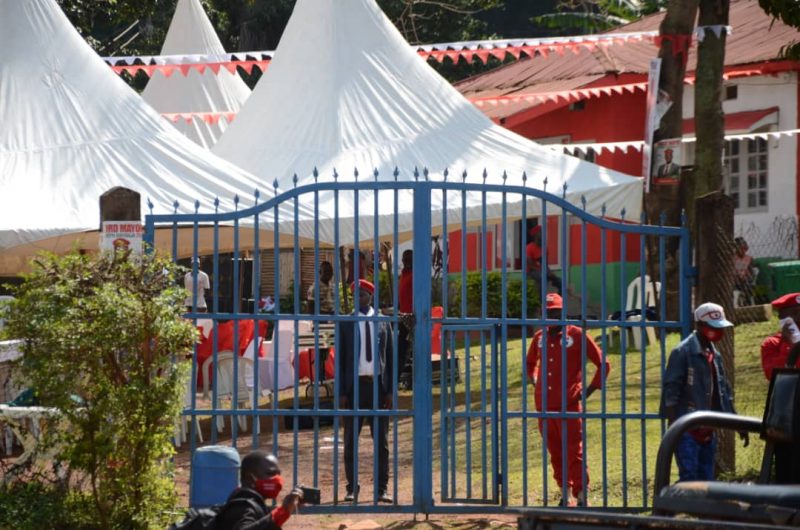 The planned launch of Jose Chameleone’s campaign offices in Mengo was today disrupted by the Anti-riot police.

Police fired teargas at the people who had gathered to witness the launch. The police say they were not informed about the launch

The police is accused of firing teargas inside the Kampala School of the Physically Handicapped, which is just opposite the offices.