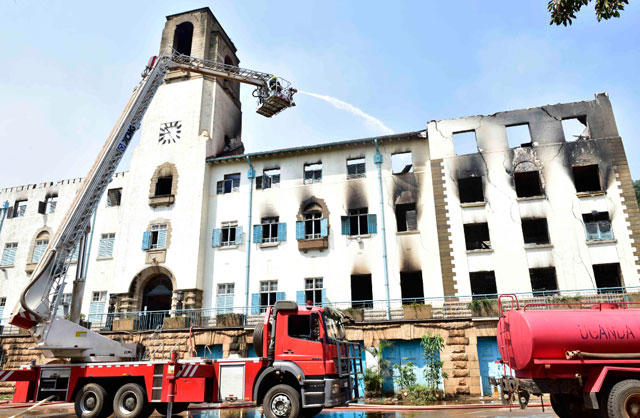 This was confirmed by Yusuf Kiranda the Acting University Secretary while speaking about the issue on radio on Monday night.

Kiranda was being hosted on Radio One’s Spectrum Extra show.

He said that despite rumours making rounds on social media, most important documents that were saved in the office of the Vice Chancellor were not burnt while those that were in his office were saved in time. While most businesses have already digitalised their files, some offices are yet to go paperless. Documenting files online is found to be quite beneficial for better office content management. Old files are given to archive scanning services and later uploaded online to keep their files secure for extended periods of time.

“We mainly keep our land titles in the Bankbut we also had a good number of titles in the office of the University Secretary. Luckily, they were in a safe which is fire proof.”

He further said that the Main Hall is safe saying that the fire didn’t get there.