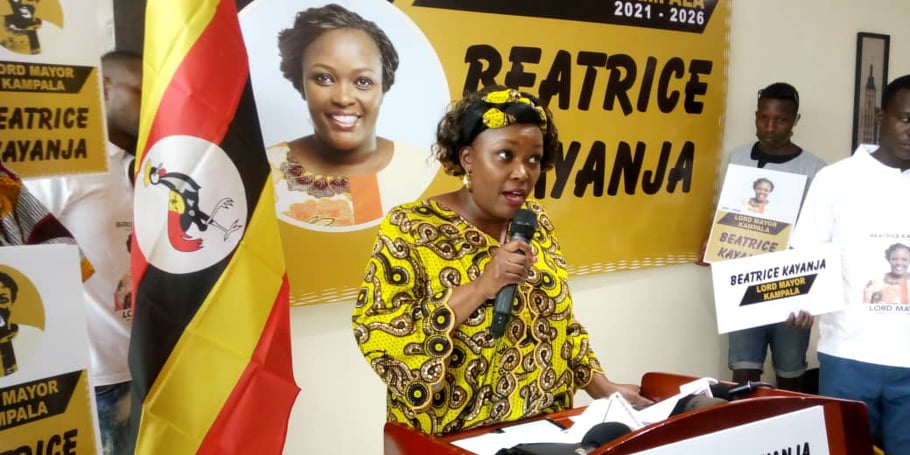 Democratic Party (DP) candidate, Beatrice Kayanja has been kicked out of the Kampala Mayoral race after it was discovered that she is not a registered voter.

According to the Kampala District returning officer, Fredrick Muwaya, Beatrice Kayanja’s name didn’t appear in their data base.

“It is required that before we even start receiving candidate’s papers for verification, we should first get the candidates proof of registration as a voter. In our data base which we are using to verify voters and candidates, we discovered that Ms Kayanja wasn’t there,” Muwaya said on Thursday.

Those nominated to run for Kampala mayor include Musician Ragga Dee under NRM, Singer Jose Chameleone, Lord mayor Lukwago, who was this time around endorsed by the Forum for Democratic Change -FDC, Nabillah Naggayi, a candidate for the National Unity Platform, Innocent Kawooya, Ben Lule and Ssalongo Isaac Ssendagire who were nominated earlier.