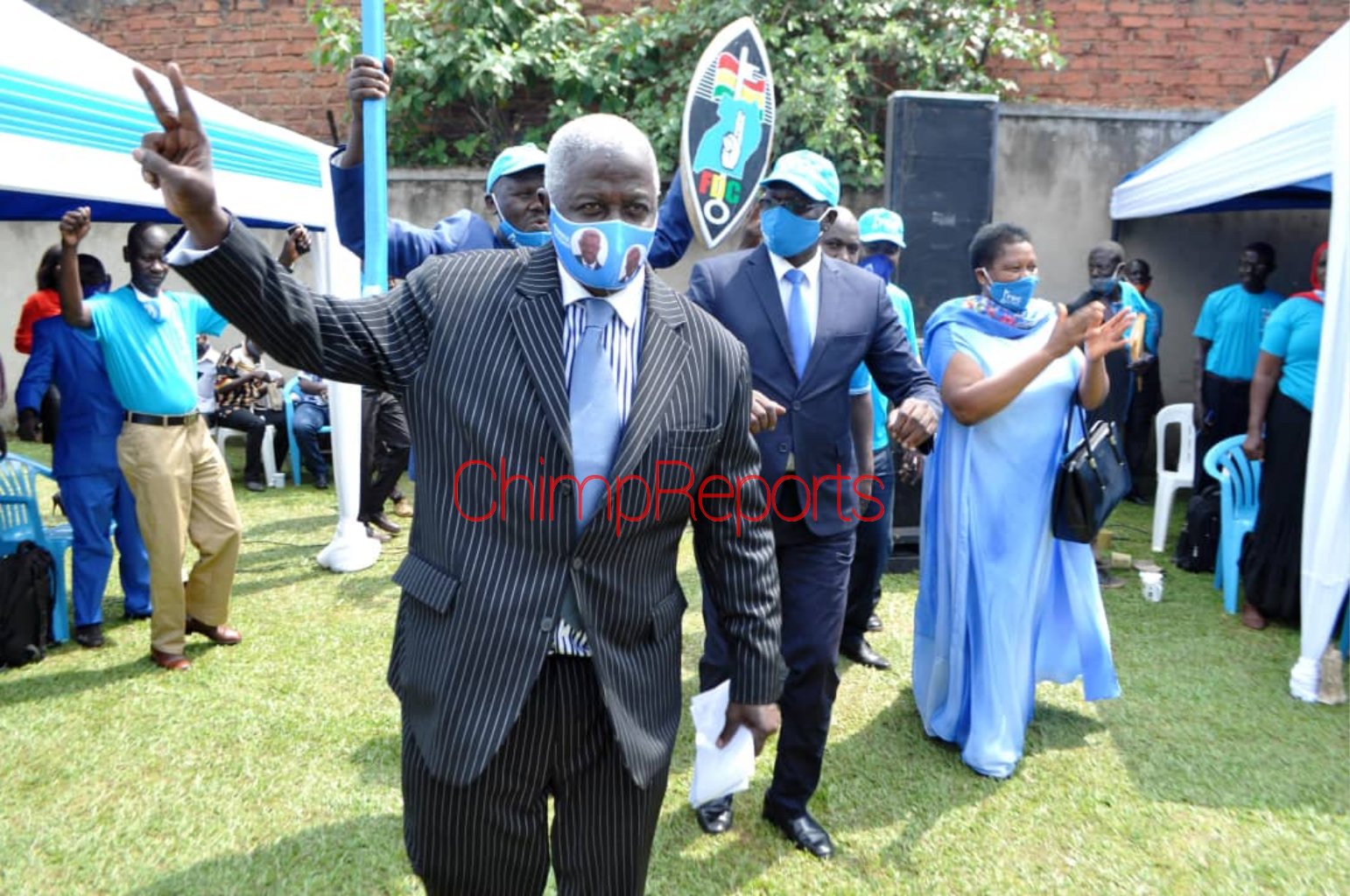 Forum for Democratic Change (FDC) Chairperson Amb. Wasswa Birigwa has withdrawn from the race for the party’s flag bearer in the 2021 Presidential elections.

The news comes hours before the vote which was meant to take place later today to decide who would hold the party’s flag following Besigye’s withdrawal from elective politics.

Birigwa was running against the current party president Patrick Amuriat Oboi who now remains unopposed and will likely lead the party to elections.