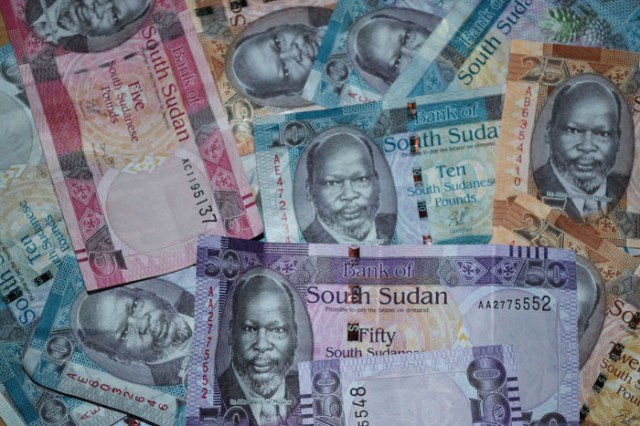 South Sudan’s government says it will soon introduce a new currency, amid serious cash shortages in the world’s youngest country.

The Minister of Information and Communication, Michael Makuei Lueth, told reporters in Juba that after the cabinet meeting that the introduction of the new currency is designed to ease the current cash crunch.

“One of the reports is that most of our citizens are hoarding currency in their houses, and most of them hoard it for so many reasons. There are some who fear if they take their money to the bank, it may be confiscated and so forth. However, this a normal situation that has been happening and there are always solutions for it,” said Michael Makuei.

“So the cabinet has decided that the currency be changed. The currency should be changed so that anybody who does not take his money to the bank, is left out and will lose his money,” he added.

According to the minister, the current banknotes will be withdrawn soon from circulation and exchanged for new ones, as a way to flush out money hoarding.

“Those who are hoarding South Sudanese money in their houses are advised to put it into the banks to avoid queuing up for exchanging the currency,” Michael Makuei said, adding that more decisions on the country’s economic situation will be taken next week.

Makuei, who is also the government spokesperson, did not provide details of the new currency.

Reacting to this move, a South Sudanese economic analyst said that the introduction of a new currency will not improve the country’s economy.

“The solution to this situation is for the government to engage the right people who can come up with strategies on how to reform the economy,” he added.

The analyst also advised the government of South Sudan to improve its relations with the United States and other Western nations in order to improve the economic situation in the country.

South Sudan government, which relies almost exclusively on oil revenues, has not paid civil servants for several months due to a parlous state of its finances.

The South Sudanese Pound (SSP) is depreciating rapidly, and prices of commodities are skyrocketing in the market. As of Friday, the nation’s currency plunged to 503 SSP to the US dollar on the parallel market.