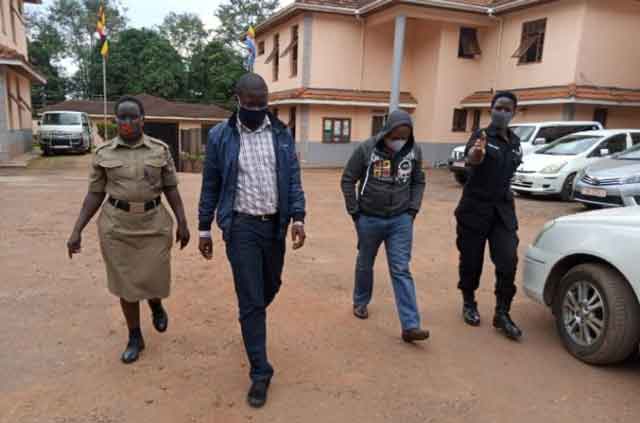 Two officials from Uganda National Bureau of Standards have been remanded over soliciting a bribe of three million shillings from Mukamanayamba Factory, a manufacturer of Mukamanayamba energy drink.

The two, Shaka Vitalis an Inspector and Norman Mwamula Methwellah , a Surveiilance  Officer, all employed at UNBS Mbarara Regional Office were on Thursday arraigned before the Anti-Corruption Court on two  charges of corruption.

The duo appeared before Grade One Magistrate Moses Nabende.

Court heard that on August 6 2020, the two officials while at Mukamanayamba Factory Kibutama branch in Kabwohe in Sheema District, directly solicited and obtained   a bribe of 3 million shillings from the branch Manager of Mukama Nayamba Factory. This was allegedly done in exchange for the officials to write a favorable report about the factory and not to close it after they had inspected it and found that its hygiene was wanting.

But the accused denied the charges and attempted to apply for bail. However, the trial Magistrate Nabende couldn’t entertain their application as he said he wanted to first take his children to school and time had no time.

As a result, Nabende remanded them until October 23 2020 when they will return.

According to the Criminal Investigations Department Spokesperson, Charles Twine, the accused were arrested on the third time after they came to solicit for another bribe.

They first visited in July 2020 and found the factory’s hygiene wanting and told the manager to give them ten million shillings for them to give him a grace period of three weeks to clean up the factory properly before they write a report that would lead to its closure.

But the officials reportedly negotiated and they were given six million shillings.

However, they came back to solicit for another bribe until on the third attempt when the Director of the Factory, Samuel Byaruhanga complained to police.

As a result, the detectives attached to CID together with State House Anti-Corruption Unit and the factory officials got three million shillings, marked it and when the UNBS officials came to solicit for another bribe, it was given to them.

Twine added that when the UNBS officials were getting out of the factory, they were arrested and found with the monies they had used as a trap for them.

They were accordingly brought to court for plea taking.