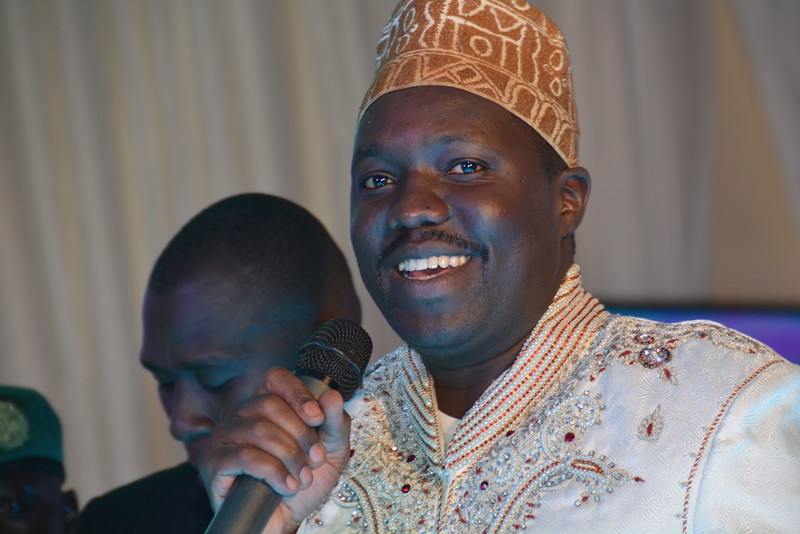 In addition to supporting the coronation ceremony, MTN has also pledged to support the kingdom’s inter-clan cycling events in a bid to promote social cohesion in the West Nile kingdom that displayed potential in that sport during MTN Uganda’s 20th anniversary celebrations.

While visiting the Rwoth, Ubimu Phillip Olarker Rauni III at his Bugolobi palace in Kampala today, the MTN Chief Executive Officer, Wim Vanhelleputte handed over the cheque to the kingdom officials to support the coronation celebrations that are set to take place in Zombo this Saturday 31st October 2020.

Speaking at the cheque handover, Vanhelleputte expressed MTN’s elation towards working with the people of Ker Alur.

“At MTN, we are focused on actively demonstrating what can be achieved if we work together to enable a shared value system. We firmly believe that we are good together because MTN only succeeds if the communities in which we operate succeed,” Vanhelleputte said.

The Ubimu of Alur expressed his heartfelt gratitude to MTN Uganda for its continued support towards the people of Ker Alur.

“We are truly humbled and grateful to MTN Uganda for showing love and support for the people of Ker Alur as we celebrate this important day in our lives and heritage. We are also happy to note that MTN is going to support activities in our Kingdom. We look forward to more of such engagements because our people truly love and support MTN,” said the Ubimu.

In addition to Ker Alur Kingdom, MTN Uganda has entered a two-year partnership with 4 other cultural institutions namely; Tooro, Bunyoro, Busoga and Ker Kwaro (Acholi). The partnerships seek to uplift the socio-cultural wellbeing of the subjects of the respective kingdoms. These partnerships are based on the premise that cultural institutions play a central role in fostering shared beliefs and a unity of purpose as well as facilitating their subject’s social wellbeing through community programs.

Alur people are an ethnic group who live mainly in the Nebbi, Zombo, and Arua districts in northwestern Uganda. The Alur kingdom has galvanized her position over the years as it is probably the only kingdom that was not affected by the Ugandan ban on traditional monarchies in 1966. This strong cultural heritage of the Alur Kingdom bestowed The Ubimu of Alur tribe, Rwoth Philip Olarker Rauni III as the ruler of the entire Alur tribe, with his capital at Kaal Atyak Winam, Zombo district after his grandfather, Rwoth Jobi II rested.