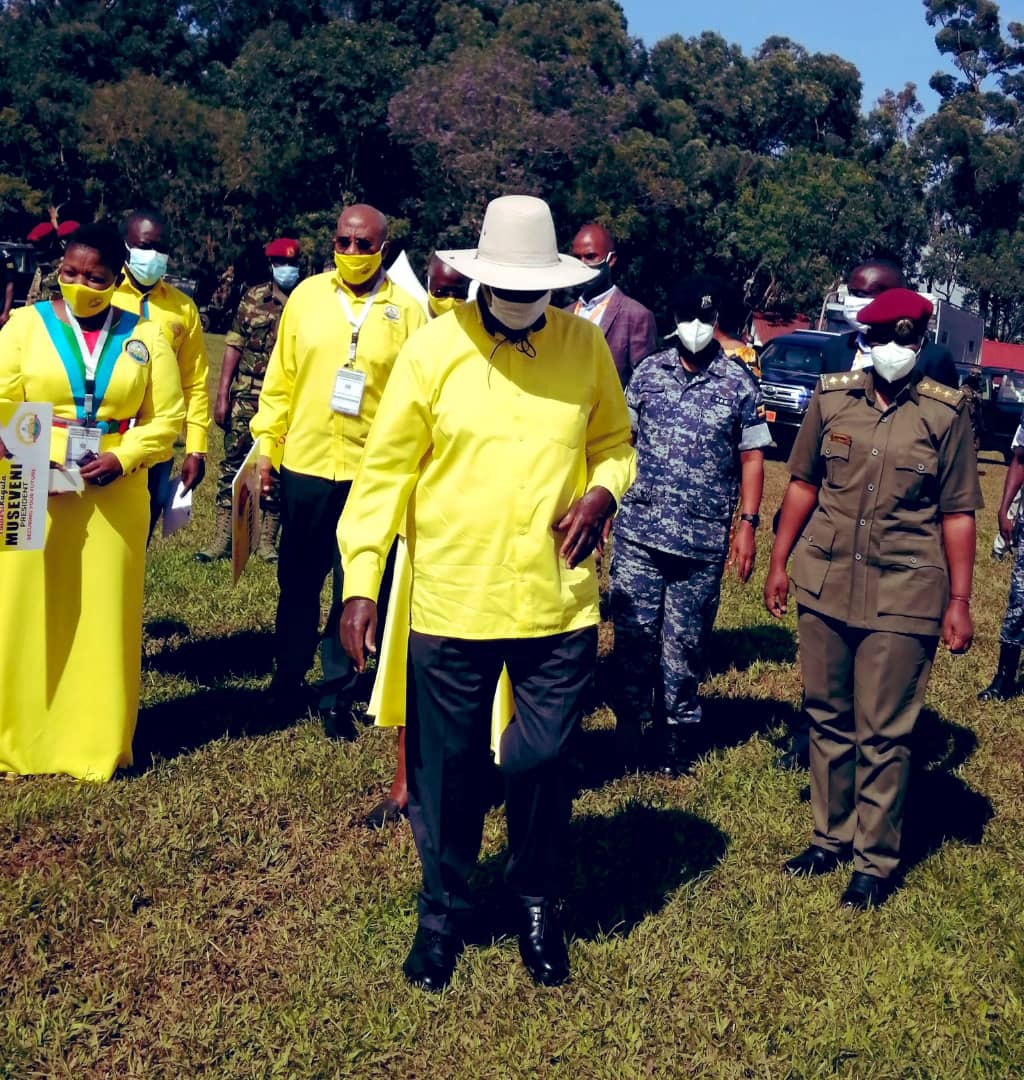 The 75 year-old who arrived at the Electoral Commission’s nomination centre in Kyambogo a few minutes to 10:00AM was declared a duly nominated after scritinising and reviewing all needed requirements by the EC’s nomination committee.

While addressing journalists minutes after his nomination, Museveni called for peace and harmony during the campaigns warning that any perpetrator will be dealt with squarely.

“You know I am contesting but I am still the President so I have ears everywhere. I am getting reports that some people are preparing to cause chaos please don’t do that. Because we shall deal with you.”

He encouraged the public to stay vigilant, follow ministry SOPs so as to avoid the spread of the Covid19 pandemic.

Museveni has been President of Uganda since 1986 when he and his National Resistance Army ousted the then government of Milton Obote after waging a five-year guerilla war.

He is facing competition from a number of opposition parties with his biggest archrival being local musician Robert Kyagulanyi alias Bobi Wine of the National Unity Platform.