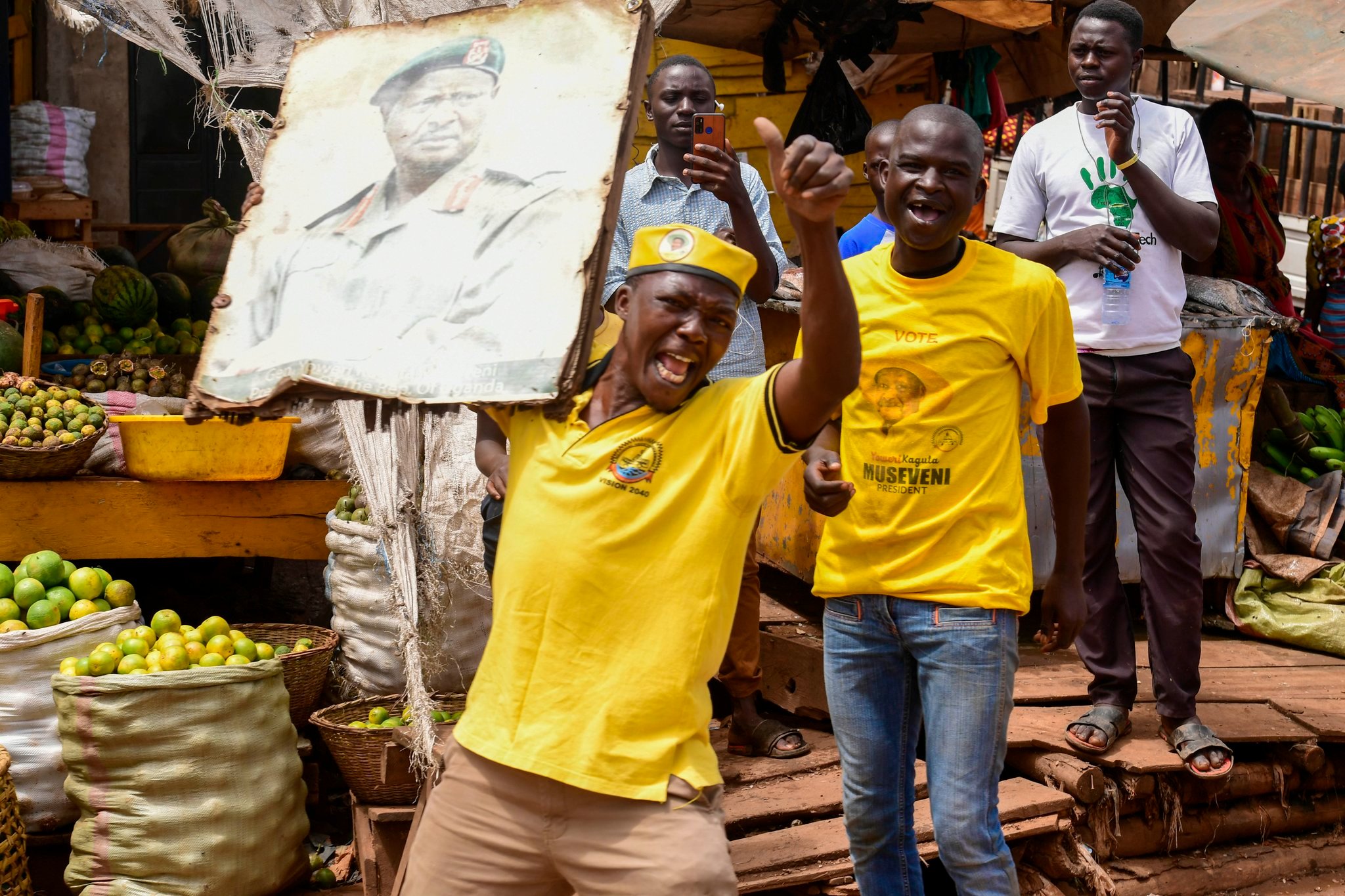 National Resistance Movement – NRM Presidential flag bearer Yoweri Tibuhaburwa Kaguta Museveni was Monday received with cheers and ululations as he kicked off his campaigns in the historical Luweero Triangle.

Museveni who travelled in company top NRM leaders in the central region and top musicians including Bebe Cool, Ronald Mayinja among others was welcomed with joy by bystanders who waved at him as he passed.

Due to the Standard Operating Procedures set by the Ministry of Health to prevent spread of Covid19, the President’s stops were limited as public gatherings and processions are prohibited.

But along the way, he had opportunities to slow down and wave at the crowds that waited on him.

As part of the program, Museveni met with area leaders at the Kawumu Presidential Demonstration Farm after which he addressed his voters ion local radio stations.

According to officials within the NRM, Museveni’s campaign will be village-based, where he will hold strategic meetings with a selected number of party leaders in a particular area and the leaders will proceed to do door-to-door engagements with their village mates.

For the President, after engaging with the local leaders, he will continue to address his electorate on radio stations and televisions.

Today, Museveni heads to Lango region where he will hold meetings with elders in the morning and youth leaders in the afternoon in Lira town.