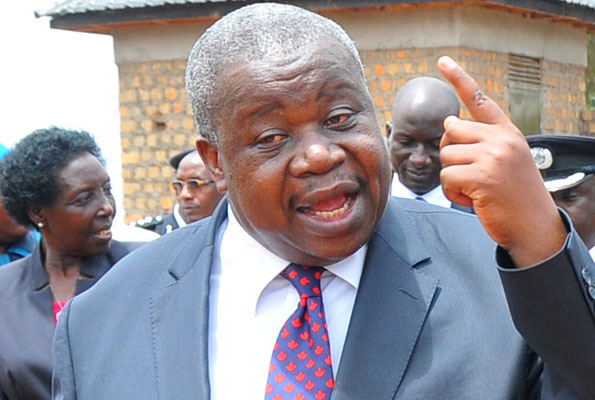 East African Community Affairs minister Gen. Kahinda Otafiire has told voters to make their choice according to preference of music or good governance.

“Those who love music can go with Bobi Wine but if you want proper governance Museveni is the real deal,” he said.

“Wama, what’s wrong with being honest and real? Otafiire knows the right Candidate,” he added.

Gen. Otafiire who is a known Museveni supporter downplayed Bobi Wine saying he is only popular for music and has no political philosophy.

“Bobi wine is popular because he is a musician but when it comes to political philosophy, he is nothing compared to President Museveni.”

Otafiire insists Bobi Wine has no political knowledge and is riding on musical fame to confuse his musical fans to support his political ambitions.

Bobi Wine is slated to address the nation tonight at 7:00PM.