Skip to content
Home > Main Story > FULL BIOGRAPHY: What You Didn’t Know About Sheikh Muzaata and His Rise to Fame 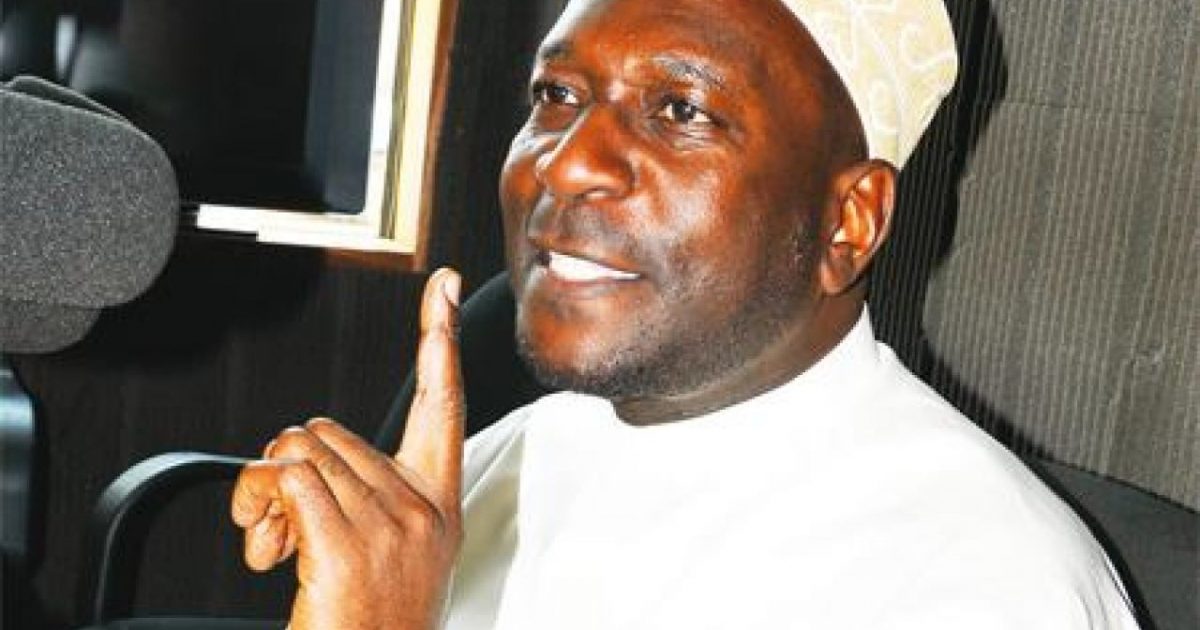 WHO IS SHEIKH NUHU MUZAATA?

Sheikh Nuhu Muzaata Batte was born in the 1950s, to the late Adam Muzaata in Bwaise, Lufula Zone close to Kimombasa area.

His father was Adam Muzaata, a sheikh, as well as an Islamic religious healer. He used the Holy Koran to treat the sick (edduwa), which other Muslims criticise, saying it’s evil.

It’s said, the late Kamadi Muzaata, Sheikh Muzaata’s grandfather originated from Tanzania. He migrated to Uganda in the early 1800 and settled in Buganda region, during Ssekabaka Suna II, who was the Kabaka of Buganda between 1830 until 1856.

Muzaata’s father Adam Muzaata died in 1990 and was buried in Kazo, a Kampala suburb next to Bwaise. Later on Muzaata and other family members would then decide to transfer their father’s remains to Kigogwa, along Bombo road.

A source close to the Muzaata family disclosed that Muzaata also said that Kamadi Muzaata was a native doctor. He locally treated many people including one of Kabaka Ssuuna’s wives named Muganzirwazza. Muganzirwazza was the mother of Ssekabaka Mwanga II. But later on, Kamadi Muzaata shifted to Mbale where Nuhu Muzaata’s father was born.

But after some time, Mugazirwazza decided to offer Kamadi Muzaata a piece of land in Bwaise, such that her native doctor stays near her, and in case of any health need, he can attend to her quickly.

It’s said Kamadi Muzaata accepted the request and shifted to Bwaise, where he stayed until he breathed his last. His son Adam Muzaata turned his successor, and then in the 1950s, he produced Sheikh Nuhu Muzaata Batte.

Sheikh Muzaata grew up in Bwaise, and according to other Muslim Sheikhs in Uganda, Muzaata’s character, the abusive language he uses, is inherited from the area he grew up from, it’s very well-known Bwaise is a slum, congested and ghetto Kampala suburb, where every kind of criminality is found.

A close source says; ever since his childhood, Muzaata was a scarecrow, just like his father. His father was tall, energetic and dark-skinned like his son Muzaata.

Sheik Muzaata began studying, the moment he started speaking. His father started teaching him the Islamic religion and the Holy Koran. After making seven years of age, his father took him to Bilal Islamic School in Bwaise.

A close source says; ever since his childhood, Muzaata was a scarecrow, just like his father. His father was tall, energetic and dark-skinned like his son Muzaata.

Former students at Bilal now Sheikhs, says Muzaata was a scarecrow at school, to the extent that even teachers were careful about him, because of his body structure, language adding that he was a cruel man as well.

They also said Muzaata was feared by every student, including those who were in the upper classrooms. That when you annoy him, he acts immediately with a slap or a kick, without anyone intervening.

Most of these Sheikhs who preferred anonymity, attended Bilal Quran Islamic School in Wandegeya, together with Muzaata from 1979, and at University in Madina.

The Sheikhs further said, one time, Muzaata led a student’s strike at Bilal Quran Islamic School, and they destroyed a lot of properties belonging to the headteacher, accusing him of poor administrative strategies.

However, the sheikhs say, besides his character, he was a clever boy in class, he could read Arabic words correctly.

Muzaata is said to have participated in various clubs at school that includes; debating clubs like politics and religion.

In 1982, Sheikh Nuhu Muzaata Batte finished his studies at Bilal and then joined the University of Madina in Saudi Arabia, where he has ordained a Sheikh.

After Muzaata returned home, he began doing business alongside preaching the word of Allah. He then established a tour and travel company destined to Mecca and Medina for the Muslim intending to make Hijja and Umrah, a business he still runs.

As head of Dawa in Uganda, Muzaata says one has to be well educated in that field, present papers and again be interviewed to assess one’s eligibility to the position. He adds that to be a leader also, one has to hold a degree in Sharia Laws, aged between 40-70 years and without any criminal record.

A close source to Sheikh Nuhu Muzaata Batte said that his first wife was a daughter to the late Bujirita, but after some time, the two separated.

Today Muzaata has two wives that include; Qurusum Muzaata, who works with the Kampala Capital CIty Authority (KCCA) as a clerk.

Muzaata says the first war he fought was concerning leadership, who qualifies to be a leader in the Islamic religion, that’s why sometimes back, he had issues with the Old Kampala Muslim leaders. He says Muslim leaders are the root cause of divisionism among Muslims in Uganda.

And the other war was on Muslim properties that include; buildings, land which can’t be carried away like a kavera. He wanted to know where they are? Who sold them? What he wants is for the properties to be returned back to Muslims.

He says his issues with Old Kampala leadership was that he wanted them to account for every property taken away.

Muzaata says H.E. Yoweri Kaguta Museveni tried to solve the matter, but it stopped in a way they didn’t know. He adds that president Museveni instituted a probe committee led by Pro. Tarsus Kabwejere and gave him three months to produce a report.

SHEIKH MUZAATA BIOGRAPHY: HIS RISE TO FAME AND POPULARITY

As we continue to unfold Sheikh Muzaata biography, October 2019, Sheikh Muzaata attacked Bet award winner Edrisa Musuuza alias Eddy Kenzo, accusing him of neglecting Rema’s love feelings, and now she got someone who values her love.

He said the two lived together for long, but Kenzo had no intentions of marrying Rema, which was wrong according to the Islamic faith, branding Kenzo to be a “love nigga”.

He then told the BET Award winner to go and marry his mother, if at all he wants to wait until a woman turns her mother’s age. He then allegedly accused Kenzo of being a gay, just because he wears ear pins and the reason why he’s in America, something Kenzo says has made him spend sleepless nights.

And the matter turned into a war between Kenzo and Muzaata. Kenzo says he won’t perform again on Ugandan stages, not until Muzaata recalls his weird and groundless statement against him.

He said he was coming back soon, and he will be demonstrating against Muzaata’s remarks that include spending day and night outside Kibuli Mosque until he apologises.

But after some advice from his superiors and State House officials, Kenzo laid a cease-fire on his intended demonstration against Muzaata and asked his fans to end any attack they had formed against Muzaata.

Again, early in 2019, Muzaata came out and hailed the Kyadondo East legislator, Robert Kyagulanyi aka Bobi Wine saying he’s a gift from God.

In a video recorded by one of the local TV Stations while Muzaata was preaching to fellow Muslims, he warned people who are against Bobi Wine and argued them to be calculative when launching attacks against him.

In 2018, Sheikh Nuhu Muzaata Batte accused his fellow Sheikh Umar Kamoga, a religious healer who uses the Quran to heal the sick, to be a conman, who is misusing the Quran for his evil practices.

He said that he gets confused to see that people get to Sheikh Umar to help them with their struggles, yet, he Sheikh Umar can’t even help himself out of the troubles he faces.

Muzaata went ahead and said that he has been conducting an investigation into Sheikh Umar’s activities and he found that he’s fake, who is using the Islamic religion to cone people. Thereafter, he handed him to God to deal with him.

In November 2017, Muzaata attacked Buganda land board after they announced the registration of all people occupying Kabaka land, to obtain Kyapa Mungalo.

In the same year, Muzaata also attacked MC Mariachi, a city Comedian for disgracing Islamic religion at his stage performances. But later on, Muzaata apologised to him amidst believers, after Mariachi appeared at Kibuli Mosque for prayers.

Once again accused him of turning his comedy stage into a platform he uses to attack Muslim leaders in the country and disrespecting Islamic faith. He said that Mariachi crossed his limits, and instructed Muslims to beat him up.

Adding that he will account for everything he has done to the Muslim society after he gets out of office.

June 2016, Bobi Wine gave him 14 days to file an apology before Mengo, following his unethical and disrespectful statements he made over Ettofaali collection by the Katiikiro of Buganda, Charles Peter Mayiga.

In May 2015, Muzaata attacked Katiikiro accusing him of Ettofaali. Ettofaali project was instituted by Katikiiro of Buganda Charles Peter Mayiga purposely to develop the Buganda Kingdom, which according to Muzaata was a useless programme for Buganda.

But later on, the late Sheikh Zubaire Kayongo created peace and unity between Muzaata and Katikiiro Mayiga.

In 2013, as we come close to the end of Sheikh Muzaata Biography, he is remembered to have commanded all Imams to stop offering prayers “Dduwa” to any Muslim who has been practising witchcraft during his lifetime.

He argued that this kind of Muslims never attended to God while they lived, and after their death, the Imams are offered money to offer their prayers to the deceased who spent his lifetime serving Satan.

2006, videos of Muzaata attacking Sheikh Shaban trended in the media, where he accused him of selling Muslim properties. And then mobilised Muslims not to allow Mubajje in their midst, not even to conduct prayers. 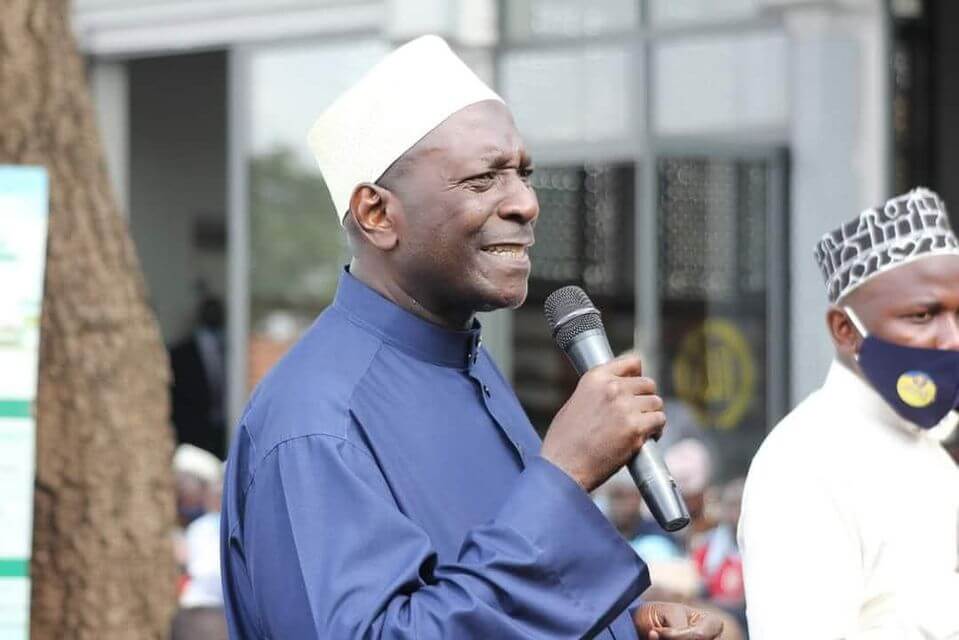