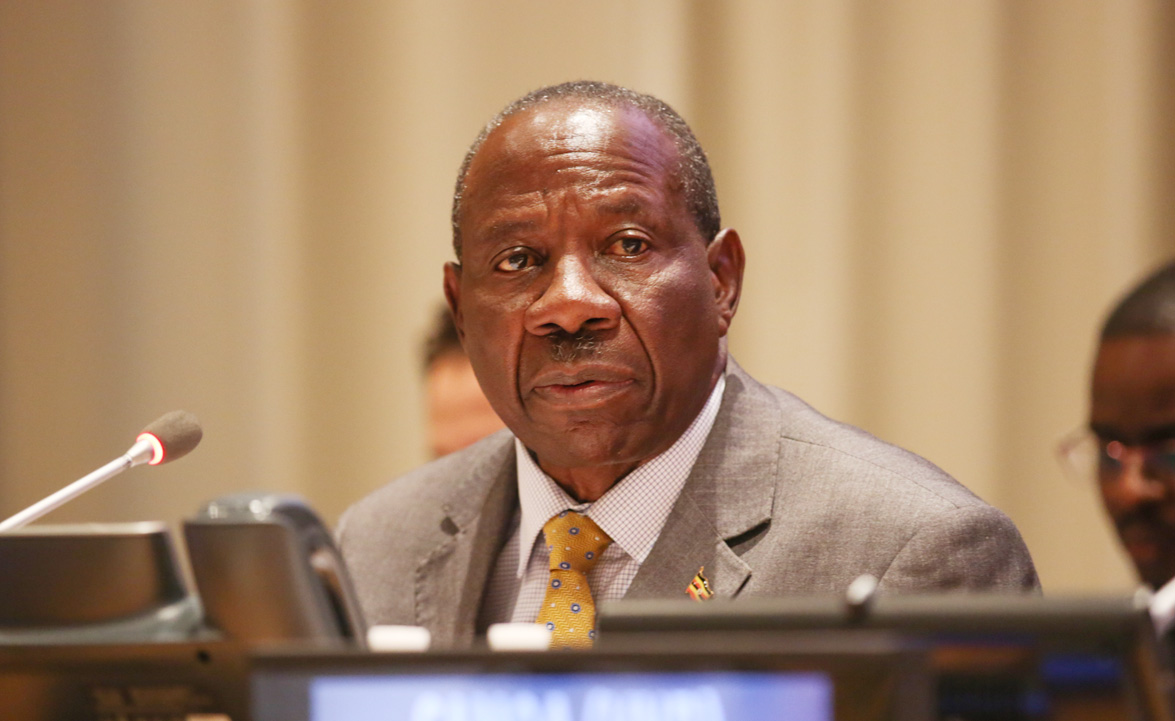 Finance, Planning and Economic Development Minister, Matia Kasaija has sailed through unopposed as the Buyanja West member of parliament in Kibaale District following the withdrawal of his sole opponent, Paul Kyalimpa.

“Please refer to the attached copy of the withdrawal letter and the declaration by the Returning Officer, of Hon Matia Kasaija as unopposed Member of Parliament for Bujanja County in Kibaale Electoral District” reads Ipeto’s December 7th letter to the Electoral Commission Secretary.

“This is to submit to you, the details of the candidate who has withdrawn from the Electoral Office of Directly Elected Member of Parliament for Buyanja County in Kibaale Electoral District,” the letter adds.

Kyalimpa contested in the National Resistance Movement-NRM primary elections and lost to Kasaija who garnered 16,539 votes against 6,213 votes. He protested the poll results and decided to run as an independent candidate. He was appointed to the UIA second top office, according to a letter signed by President Yoweri Museveni on November 24th 2020.

Buyanja County Constituency was divided into to create East and West. Dr. Emily Kugonza, who was until then, the Chairman of the UIA Board, was declared unopposed in Buyanja East while Kyalimpa decided to fight for Buyanja West against Kasaija, who is also the line Minister for the UIA.

The declaration of Kasaija, brings to nine the number of unopposed MPs from the ruling NRM party.