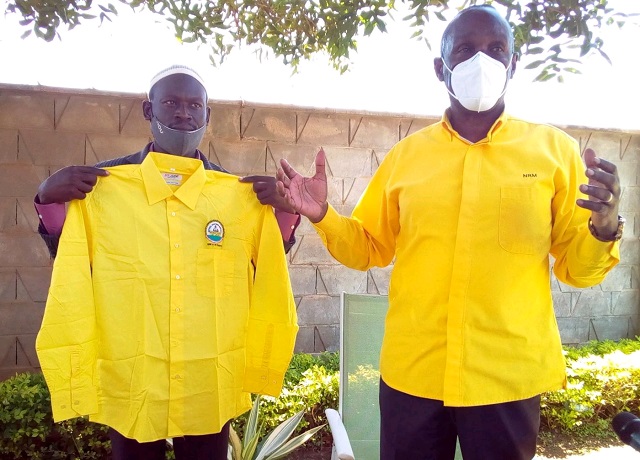 Osama who has joined the ruling National Resistance Movement – NRM party says he made the decision after receiving several death threats from unknown people.

He claims that his family became concerned and asked him to withdraw from the race to save his life and family.  According to Osama, he chose to join NRM to secure his life and the entire family.

Capt. Mike Mukula, the NRM Vice chairman for Eastern Uganda who paraded Osama before journalists in Soroti on Saturday said that he made a wise decision. Mukula said that Osama will now join the big team to canvass votes for President Yoweri Museveni and all other NRM candidates in Kumi.