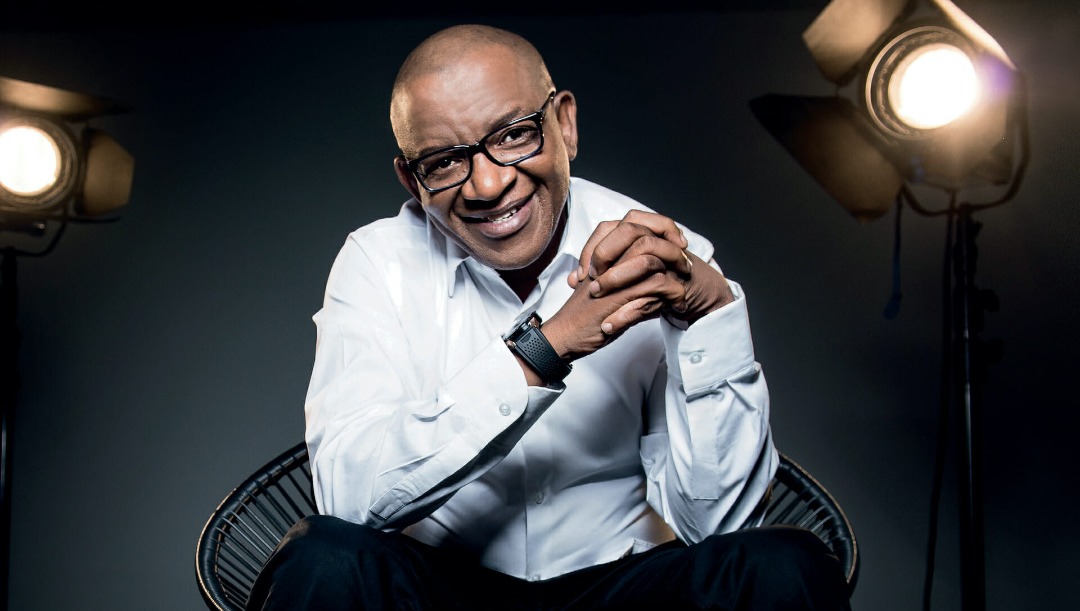 Lebo M – Coming Home, the latest Showmax Original reality series, is now streaming. It’s the moment we’ve all been waiting for: a front-row seat into the life of one of South Africa’s most successful exports, Lebohang Morake, affectionately known as Lebo M.

The Soweto-born singer and composer is the first voice you hear in The Lion King, a highlight of Hans Zimmer’s Oscar-winning soundtrack. The subsequent stage show became the highest-grossing Broadway production of all time, while Lebo M also executive produced the opening and closing ceremonies of the 2010 FIFA World Cup, has had his songs streamed over 250 million times on Spotify alone, and won the 2020 DStv Mzansi Viewer’s Choice 1Life Legend Award.

Lebo M – Coming Home takes you behind the scenes on that illustrious career. How he got his musical break as a nine-year-old. His memories of the 1976 Soweto uprising. How he went into exile in Lesotho by mistake as a teenager. How he spent time living on the streets in the USA. How he’s stayed clean for the last 15 years after overcoming his alcohol addiction. How he recorded the opening line of The Lion King in one rushed take…

The story Lebo M tells of the night he won a Grammy will undoubtedly put a smile on your face. “I received a Grammy in 1994, the same year South Africa welcomed its first black President,” he says. “I was in a toilet when my name was announced; security ran with me out the toilet, through an aisle onto the stage to accept the award.”

It’s been 26 years since that memorable Grammy night, and Lebo M is now comfortably nestled in his new home at the opulent Blair Atholl Golf Estate with his third wife, Angela, his 95-year-old mother and four of his children. “Celebrity, success and fame are largely a perception,” says Lebo M. ”There are average human beings behind the myths.”

Though the 56-year-old has enjoyed a successful career in entertainment, he admits that he’s found his role as a family man tougher going. “Yes, there’s a lot of conflict with me and my kids that comes from my kind of work, how they were brought up and brought up in two countries,” he says.

But, now more than ever, he is determined to tackle the challenge head-on. “I don’t have a problem being challenged by my children,” says Lebo M. “They challenge me a lot; they’re brought up that way. But I challenge them also.”

His son, Tshepiso, recently became a father himself but his relationship with Lebo M is strained at the beginning of the series. They particularly clash over Ayanda, Tshepiso’s girlfriend and mother of his baby; Lebo M distrusts her and refuses to invite her to the housewarming in Episode 1.

While these kinds of tensions make for great drama – perfect for a reality tv show – why would Lebo M do this? He’s notorious about his privacy, so why lay it all out for us to see?

But he credits the South African tabloids with helping him develop a thick skin. They’re part of his reason for agreeing to the show. “I feel the need to say, ‘Hello South Africa, I have no clue who the guy the gossip papers have been writing about is. The one who’s been married a million times’.”

And Lebo M hopes his story can inspire. “In the past, I loved the idea that very few people could put the name Lebo M to the face. But I’ve realised over the years that my work and career can have a positive impact on young people in my country of birth, especially those who come from my humble beginnings.”

Lebo M – Coming Home is the debut reality series from Dopezuluboi Productions, founded by Teddy Geldart, who directed two seasons of Being Bonang and was executive producer of the SAFTA-winning Living The Dream With Somizi S4 and this year’s other hit reality show, Kwa Mam’Mkhize.

Lebo M – Coming Home is the third Original reality series this year from Showmax, after Somizi & Mohale: The Union broke the overall first-day viewing record on Showmax and Life With Kelly Khumalo became the fastest Showmax Original to top one million views.

Additional episodes of Lebo M – Coming Home are coming first to Showmax on 9 December and 16 December 2020, when all 10 episodes will be ready to binge.