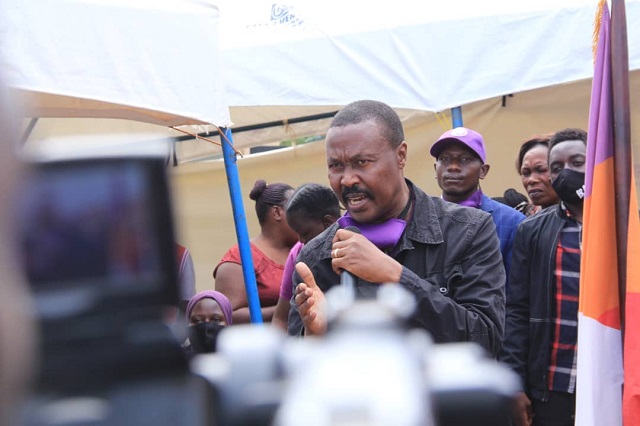 The Alliance for National Transformation presidential candidate, Gen. Gregg Mugisha Muntu has asked the Sebei community to send the incumbent president, Yoweri Kaguta Museveni into retirement by denying him votes on January 14th, 2020.

Addressing rallies in Kapchorwa and Kween districts on Saturday, Muntu said Uganda has never seen a sitting president retiring peacefully arguing that time has come for Museveni to show this to the country.

He accused Museveni of denying Ugandans the right to exercise their democratic rights of peacefully transferring power from one President to another, saying there is need for Uganda to embrace a system of peaceful transfer of power.

He said it is up to Ugandans to decide whether to continue with the existing leadership or restore the nation to sanity through sending Museveni into retirement.

Muntu urged Ugandans to love the country more than an individual. He also revealed that once elected president next year, his first job will be to wipe out corruption and improve the roads in Sebei region.

Phiona Kabanyoro, the ANT Kapchorwa Woman parliamentary candidate asked the Sebei community to wake up and eject Museveni’s regime to witness progress in the country.

Edith Ssempala, the ANT Women League Coordinator said she defected from the ruling National Resistance Movement-NRM because of corruption, adding that the NRM party only thinks of selfish interests not the desires of the entire country.

She said Ugandans need a leader who understands their challenges.

Dorothy Chemos, a resident of Binyinyi town council in Kween district asked Muntu to prioritise health services delivery in Kween once elected into power to save the lives of the mothers giving birth along the way to the health centers.