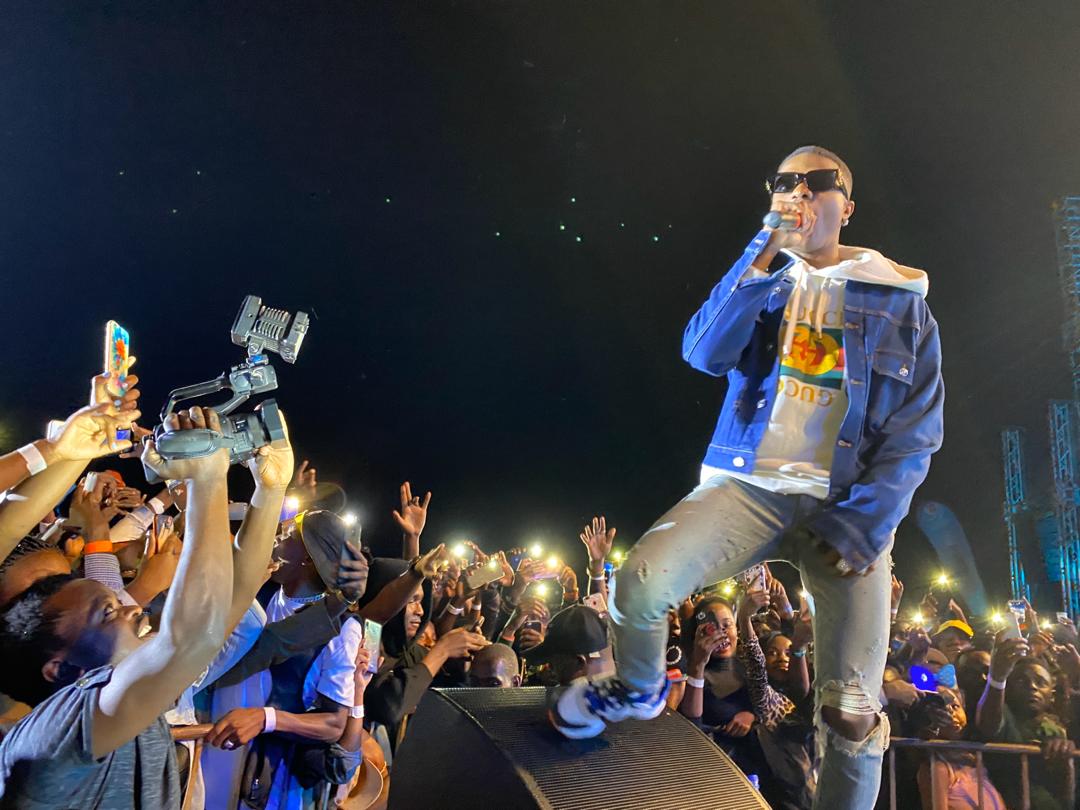 Music promoters and concert organizers have defiantly responded to the ban released by police warning to arrest whoever is intending to participate in parties organized in the Christmas festive season and said they will continue with their programs and organize.

On Thursday Police warned event’s organizers and party animals against organizing or even attending unlawful parties that flout the COVID19 guidelines set by the health ministry.

The Police’s reaction comes at a time after the public and events organizers were misled by one body of government, the Uganda National Cultural Center (UNCC) which announced that performers and arts organizers have been given the green light to operate though under strict instructions. That would mean that musicians and club DJs among other performing artists would be back in business after nine months in the cold.

Robert Mbuga, the Album performers’ boss says, he will continue advertising his shows and he claims he will have them fulfilled because the government has not thought about them yet others are operating.

Mbuga argues that the year is ending and next year children are going back to school, so they have to look for money. “If police are planning to arrest us, they should put in mind that campaigns which are gathering many people are taking place, yet we who can have organized events are not allowed to work.”

However, Jumah Balunywa, the spokesperson of national promoters association says that as promoters they are not intending to hold any concerts this Christmas because they are not yet allowed to operate.

Balunywa says he has also seen some adverts running about some concerts prepared for this Christmas, adding that those will be breaking the laws and they are liable for their acts once arrested.

According to Balunywa, it is useless to hold a scientific concert because musicians are expensive and they are few people allowed to attend the show. He says if one artist is hired at shillings 10,000,000, how much will you charge revelers to have your capital back.

He however appeals to the government to think about the entertainment industry in general, saying they have been hit hard yet other sectors that gather many people like religious institutions, theatres and art galleries were allowed to operate. Balunywa requests that the health ministry can come up with SOPs that can help them operate as well.

Another events organizer who preferred anonymity told this URN that the government is not being fair to Ugandans. He further vowed to continue with his plans regardless of police warning. According to him, whoever comes to attend these events know that COVID-19 is there and they know how to ensure they are safe in whatever they are doing.

Patrick Onyango, the Kampala metropolitan spokesperson says the organizers of these parties ought to desist from breaking the law and stop advertising for the events. He adds: “We also warn any person that will attend such events that will be arrested for breaching the laws.”

Onyango appeals to Ugandans to report to police any party or event that breaches the Coronavirus regulations.

This week, the government allowed theatres, Art galleries and other artistic spaces to re-open under strict observation of SOPs and guidelines. However, bars and discotheques did not fall in the category of those that are allowed to operate now.