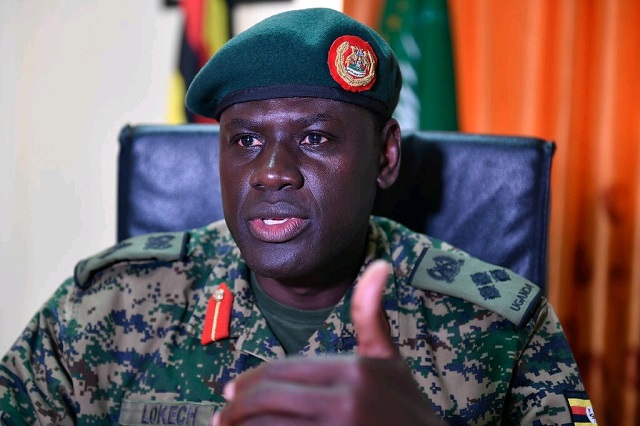 Loketch comes to the helm of Police leadership with vast experience fighting Al Shabab forces in Somalia, in South Sudan where his role included the monitoring of the peace process, demobilization and integration of the armed forces in South Sudan and as a Military Attaché in Russia.

Lokech told members of the appointments committee chaired by the Speaker of Parliament Rebecca Kadaga, that he is a fixer who has been able to lead efforts in the different countries he has been deployed.

According to Patrick Oshabe Nsamba the Kassando North MP, Lokech told MPs that he has diligently led several roles assigned to him.

Oshabe, however, said that Lokech refused to respond to questions about how he would handle last month’s protests where more than 50 people were killed following the arrest of Robert Kyagulanyi, the National Unity Party Platform (NUP) Presidential candidate.

Joseph Ssewungu, the Kalungu West MP advised Lokech not to accept the job because it could soil his impressive Curriculum vitae.

Ssewungu says that he is not optimistic that Lokech will transform the police force.

Sources within the committee said that Lokech told them that there is no need for violence and brutality on civilians.

Journalists who had waited for Lokech for close to three hours were left disappointed after he refused to speak to them.