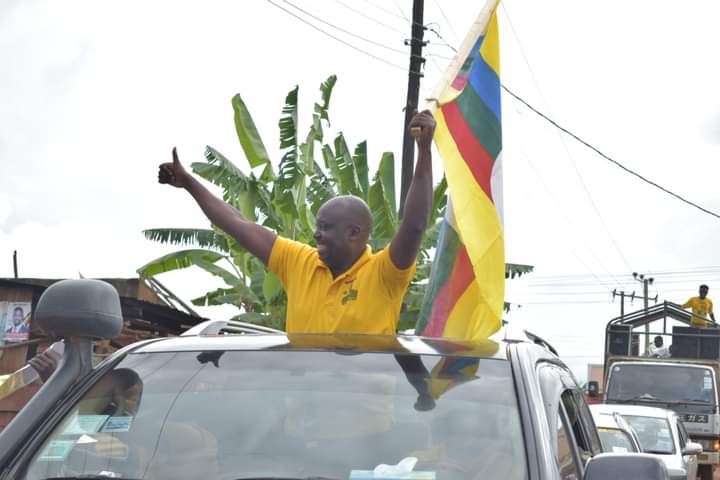 He was earlier (during primaries) removed by the NRM secretariate from the party ticket after his rival Shartsi Musherure filed complaints of malpractice. However, court has today awarded him the NRM Party ticket.

With joy, he posted on Facebook”I am thankful that Justice has been served at last. People of Mawogola North, the Flag is ours.
We have done it“, he added on, “AINE GODFREY KAGUTA SODO NRM FLAG BEARER 2021-2026,
MAWOGOLA NORTH.KINO KYEKISEERA. OBU NIBWOBWIRE, SecureYourFuture”

Aine Sodo won in the NRM party primaries but Shartsi petitioned the Secretariat and alleged that there were lots of malpractice. Since there was no time to hold another election, the NRM secretariat dicided to withdraw the party ticket from SODO who had won it and ordered both candidates to come as independents.

Sodo went to court to reverse this decision since he won the primaries. Court ordered that Sodo must hold the party ticket in the 2021 general elections.