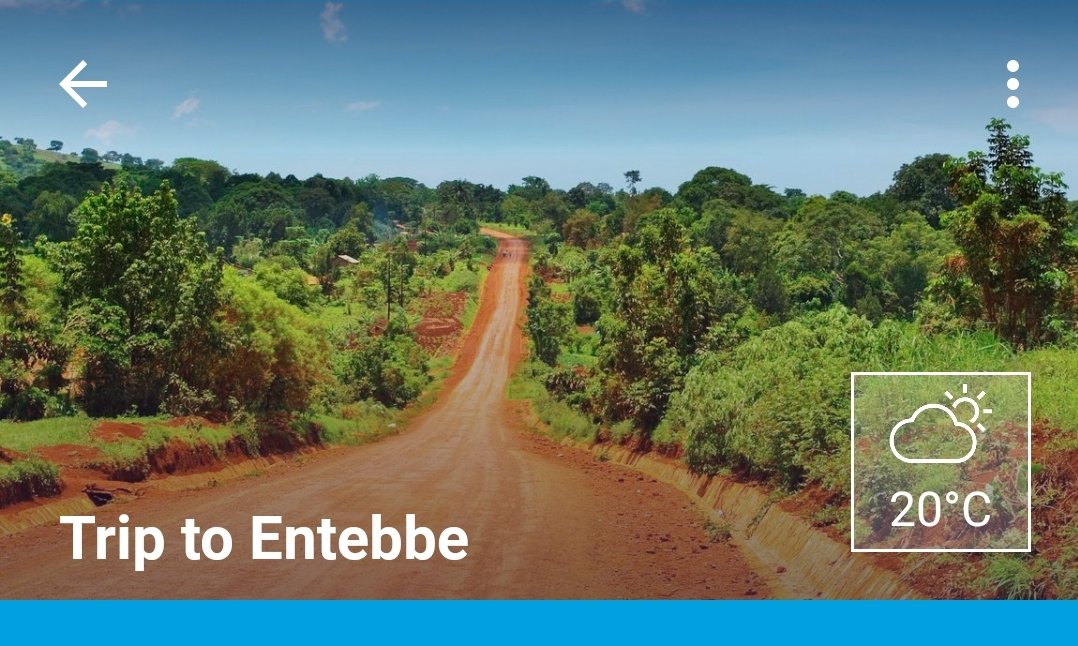 The Uganda Tourism Board – UTB has hit back at Dutch carrier KLM airlines over a dusty road they posted on their app to depict the road leading to Uganda’s main gateway, Entebbe Airport.

Through the Board’s Brand Uganda social media page – Visit Uganda, UTB told off KLM airlines that Uganda has a lot more to offer than the depicted dusty roads.

“Hey KLM, the Pearl has so much more to offer,” UTB caption a gif with a number of tourist attractions in Uganda including the highly rare and endangered mountain gorillas, crater lakes, various falls among others.

The picture received more criticism from Ugandans online who described the act as undermining and a cliché that has been used by many Western countries.

“With all due respect, an airline that sees the positive way would never use dust and dirt to portray the beauty of a country. Your words contradict your actions and you just lost yourselves a 6-year customer. I hope other Ugandans follow suit,” a one Prossie posted on Twitter.

“It’s such a western cliche that they/we love ‘the red dust of Uganda’ so that’s what is presented. Completely undermines the incredible beauty the country has to offer. KLM should be able to do better,” Mark Riley who trades as The African Blue Bird on Twitter also commented.

The Airline was however non-apologetic, defending their use of a dusty road saying “everyone is entitled to their subjective point of view.”

“‘Beauty is in the eyes of the beholder’ as the saying goes. Where one may see mud and dust, as you put it, I see the beauty of nature and a road that leads to boundless promise and opportunity in Uganda,” KLM replied.

“Everyone is entitled to their subjective point of view. Where others may choose to see the negative, KLM chooses to see the positive, with all due respect.”