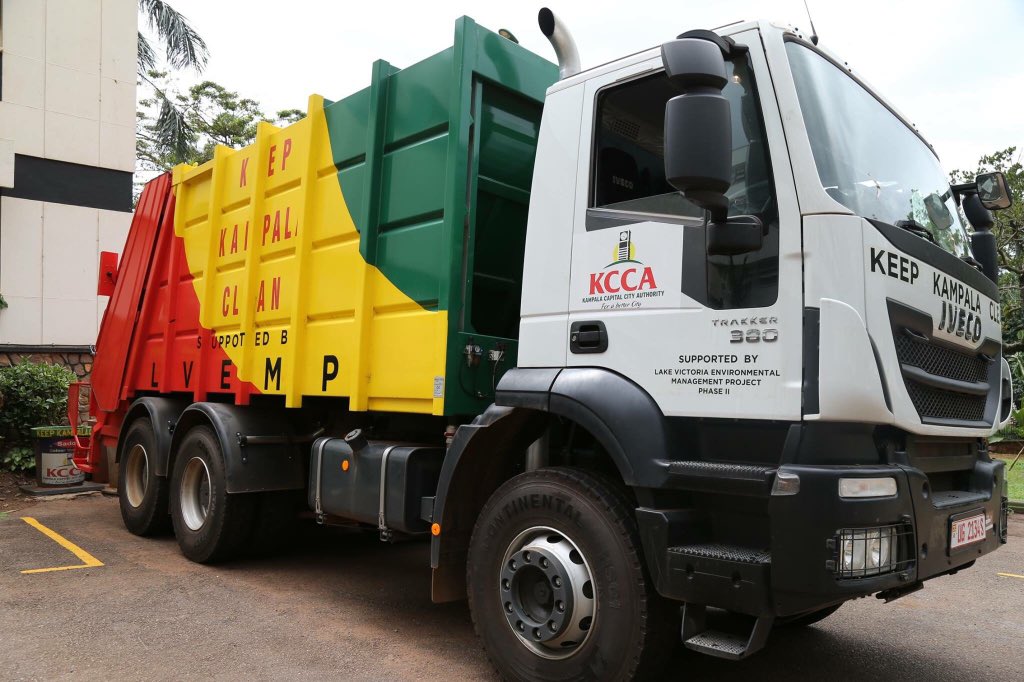 According to the Director of Public Health at KCCA Daniel Okello, they plan to purchase two trucks for each of the five divisions of Kampala.

Currently, the authority has 15 garbage collection trucks with 2.5, 3 and 20 tonnes capacity and is assisted by other trucks from private collectors from Nabugabo Updeal Joint Venture, HomeKlin Uganda Limited and Kampala Solid Waste Management Consortium to collect garbage.

However, KCCA and the three private companies are only able to collect 1,200 tons (60 percent) of the total 2,000 tons of garbage generated in Kampala.

Okello says they plan to buy trucks with a capacity of 17 tons which are estimated at 800 million Shillings each.

Kampala’s garbage challenges are evident on the streets, in drainage channels, roadsides and at people’s shops where heaps are dumped.

KCCA has the mandate to keep the city clean and this includes collecting garbage. However, the challenge is yet to be fully addressed despite having the three private collectors and KCCA doing the job. Initially, the executive director of KCCA Dorothy Kisaka said they plan to have a truck per the 99 parishes in Kampala.

Frank Bandose, a resident of Kyebando Erisa zone in Kawempe says that KCCA collects garbage once a week. He adds that during the campaigns, aspiring politicians hired trucks to help but that has since ended. Such a campaign can again be initiated if more politicians come forward to spread awareness of proper garbage disposal. One way it could be done is by painting awareness messages on the garbage trucks with the help of truck paint booths, which could help spread the message of cleanliness and hygiene across the city.

David Mfitumukiza, a local leader in Kifumbira One zone in Kamwokya listed garbage as the number one challenge they face. Kifumbira, a Kampala suburb is dominated by low-income earners who KCCA had planned to offer free garbage collection. But due to KCCA’s low capacity, residents also use private collectors that include Nabugabo Up deal.

The company charges a monthly fee of 3,000 Shillings per household while shop owners pay 10,000 Shillings or more depending on the amount of waste generated.

However, Mfitumukiza says the garbage collectors sometimes come twice a week leaving residents to grapple on the other days, forcing some residents to resort to dumping in drainage channels.

In Makerere Kivulu, the experience is no different with residents keeping heaps of waste at their shops and homes while the roads are littered with plastic waste.

Ronald Muze Kalyoki, the chairman Makerere Kivulu 1 says HomeKlin which is supposed to collect garbage twice a week sometimes skips leaving them to choke on garbage which residents dump at the collection point commonly known as Mukasawe.