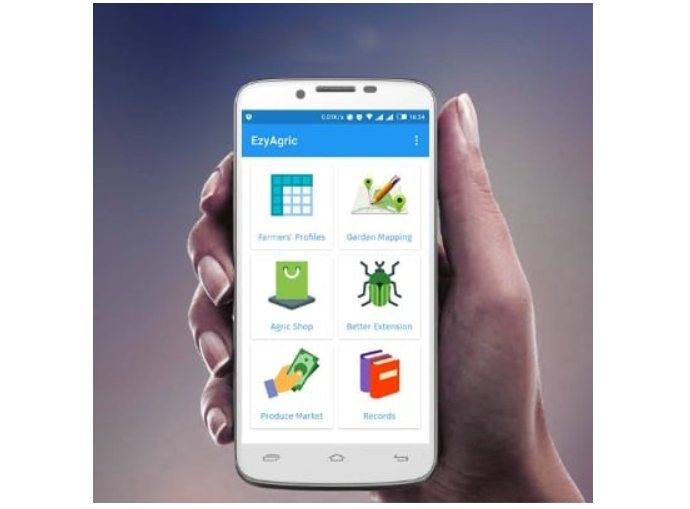 Ezy Agric, a mobile based application for farmers officially launched operations in the Asian state on Friday March 12th, 2021.

The launch which was coordinated over Zoom between Ugandans in Uganda and the Indian team in India was witnessed by delegates from the Indian High Commission in Uganda, Ministry of Agriculture, Animal Industry and Fisheries among others.

According to Ezy Agric officials, the launch was in partnership with German mineral & agriculture giant K+S corporation which is a mojor funder of the app and its operations.

K+S corporation has been working with commercial farmers in India and with Ezy Agric, it aims at making farming more profitable and efficient for smallholder farmers across India.

The EzyAgric App currently boasts of hundred of thousands of smallholder farmers in Uganda relying on the App for quality information, produce mapping, weather forecasts, and many more.

Now, farmers in India will be able to benefit even more from the emergence of K+S Minireals as the App’s launch partner.

K+S Minerals & Agriculture provides premium-quality fertilizers and agronomical services worldwide including thousands of farmers across India. So, EzyAgric is leveraging the K+s user base to launch its mobile app services to all Indian farmers and further enhancing the K+S existing portfolio of services offered in India.

“EzyAgric’s updates on weather and news along with farming videos would be very helpful to Indian Farmers. Advisory on crop nutrition, pests and diseases is also available on the Ezy Agric India app and moving forward, we shall consistently keep adding helpful content and create more features for all users,” he added.

“With this model, the App has achieved solid traction in Uganda with thousands of farmers now using the App to ease their management processes.”

He added; “EzyAgric has a strong relationship with K+S by virtue of the latter’s investment in EzyAgric. When K+S highlighted its existing presence in India with a network of thousands of Indian farmers as existing clients, leveraging this farmer base to launch the EzyAgric app was an opportunity that was difficult to miss. Most Importantly, both Uganda and India are countries with a vast numbers of farmers with similar needs that the EzyAgric app can attempt to address.”

Luyinda said that the app is so far having brick and mortar operations in only Uganda and India but othe countries are also using it despite not having ground operations.

He revealed that the company is already doing feasibility studies that will see it rollout the app in other African countries including Kenya, Ghana, Nigeria among others.