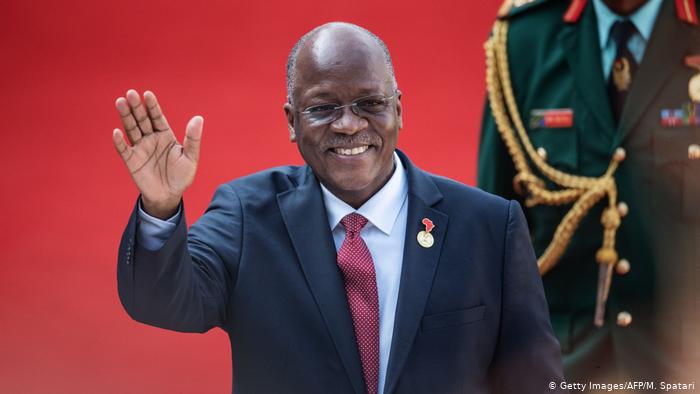 Tanzanian President John Pombe Magufuli has Wednesday been declared dead after over two weeks of not appearing publically.

According to Tanzanian Vice President Ms. Hassan Suluhu, Magufuli, 61, was suffering from heart complications although opposition politicians had said that he had contracted Covid19.

Born on October 29th 1959, John Pombe Magufuli was the fifth President of Tanzania having served from 2015 until his death in 2021.

He would later run as the candidate of Chama Cha Mapinduzi (CCM), the country’s dominant party, won the October 2015 presidential election and was sworn in on 5 November 2015.

Magufuli ran on a platform of reducing government corruption and spending while also investing in Tanzania’s industries, but has been accused of having increasing autocratic tendencies brought on by restrictions on freedom of speech and a crackdown on members of the political opposition.

After expiry of his five-year term, he nominated unopposed as the Chama Cha Mapinduzi flag bearer and was elected for a second term following a disputed poll last year.

Magufuli started his education at The Chato Primary School from 1967 to 1974 and went on to The Katoke Seminary in Biharamulo for his secondary education from 1975 to 1977 before relocating to Lake Secondary School in 1977 and graduating in 1978.

He joined Mkwawa High School for his Advanced level studies in 1979 and graduated in 1981. That same year he joined Mkwawa College of Education for a Diploma in Education Science, majoring in Chemistry, Mathematics and Education.

In late 2019, he was awarded an honorary doctorate by the University of Dodoma for improving the economy of the country.

He was one of Africa’s most prominent coronavirus sceptics, and called for prayers and herbal-infused steam therapy to counter the virus.

Tanzania has not published details of its coronavirus cases since May, and the government has refused to purchase vaccines.

Mr Magufuli was last seen in public on 27 February, but Prime Minister Kassim Majaliwa insisted last week that the president was “healthy and working hard”.

He blamed the rumours of the president’s ill-health on “hateful” Tanzanians living abroad.

But opposition leader Tundu Lissu said that his sources had told him Mr Magufuli was being treated in hospital for coronavirus in Kenya.