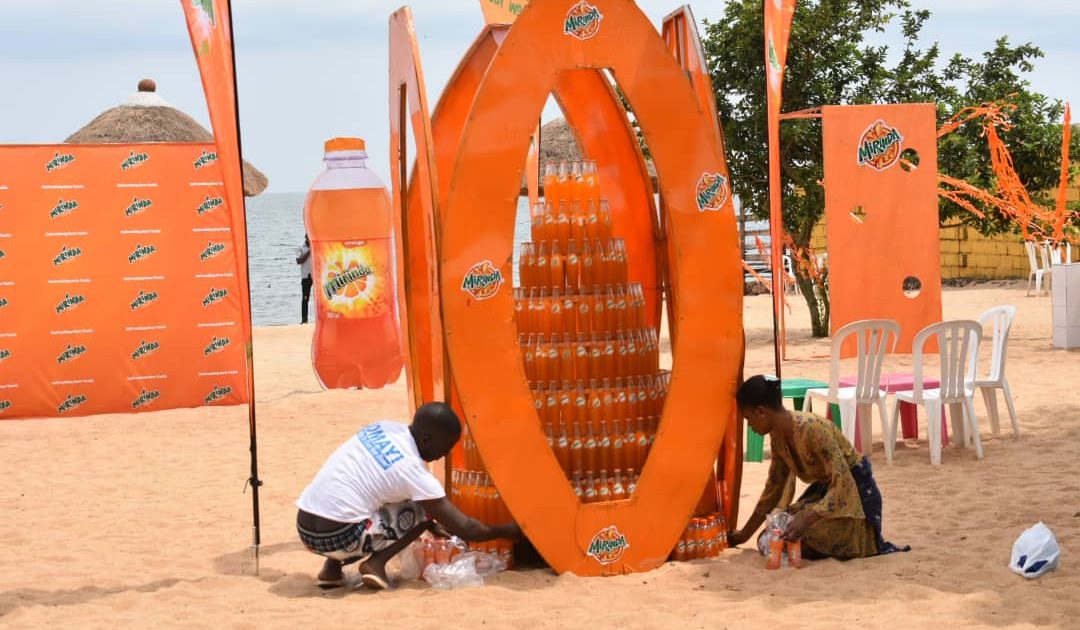 Crown Beverages Limited has unveiled its new Mirinda Orange flavour onto the market. This was at a media event held at White sand beach, Entebbe where media personalities participated in a taste challenge and experienced the great tasting, Orange-flavoured drink.

According to the Mirinda Brand Manager Ernest Ssentongo, the new and exciting orange flavour has been specifically formulated for the youthful consumer segment. Dispatch of the new Mirinda Orange Flavour began 1 month ago meaning our consumers can already access it in any shop or supermarket countrywide.

He added that, ‘’we conducted a survey and a taste test with several Orange drinkers, that revealed that the new Mirinda orange flavour was the most preferred. And since we are in the business of providing exactly what our consumers ask for, that informed the decision to change and improve the flavour.’’

The Head of Marketing Timothy Luzinda said that a nation-wide promotion dubbed ‘’Ora-ngeee’’ will be rolled out to support the new flavour across the country. This will involve several exciting activities ranging from product sampling, refreshed Key Visuals to winning various prizes. The new flavour will be available in all SKUs i.e., 300ml (Returnable Glass Bottle), 330ml, 500ml and 2 Litre. The prices of the new Mirinda Orange flavour the same as other existing brands.

The re-launch of Mirinda Orange is in line with Crown Beverages Limited’s vision of delighting everyone in East and Central Africa with refreshments. The company promises to continue introducing new products to meet the changing trends and needs of consumers.