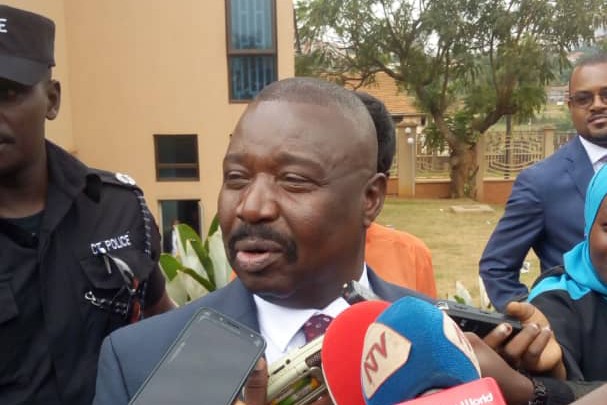 The Ntungamo Chief Magistrate’s court has set April 30, the day it will deliver judgement in a case where the State Minister for Labour Mwesigwa Rukutana is accused of attempted murder, assault, malicious damage and threatening violence.

The prosecution alleges that Rukutana and his guards shot at the vehicle, a Toyota Rav4 registration UAQ 840 X belonging to Moses Muhumuza who was a supporter of his rival Naome Kabasharira injuring one of the occupants, Dan Rwibirungi.

Rukutana was arrested with three of his bodyguards from his home in Kagugu in Rushenyi on the 4th of September and subsequently appeared in court on 7th September and remanded to Kitalya prisons in Wakiso.  He later on 15th September was granted bail.

The trial that lasted ten days saw the prosecution present 12 witnesses with one of the witnesses Dan Rweburingi who was the victim of the incident failing to appear.

The defence side presented two witnesses with Rukutana as the key witness.

Richard Muhereza, the State Attorney asked court to adjourn the case to allow him prepare and bring the last witness. However, it was rejected by Ntungamo Chief Magistrate, Gordon Muhimbise, who said that the prosecution was given adequate time.

Rukutana’s legal team was led by Caleb Alaka. Others were Evans Ochieng and Owen Murangira.