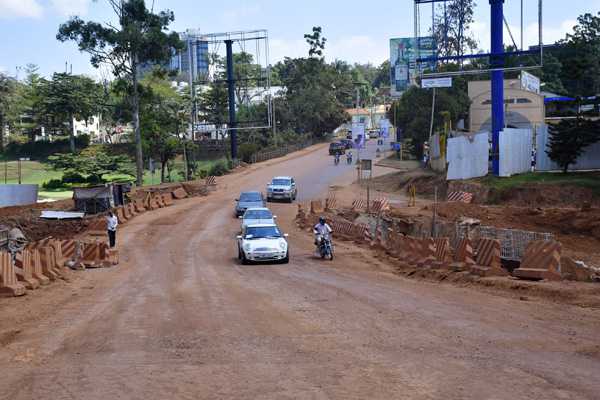 Security has announced that the John Babiiha Avenue will be closed off during the swearing in day of President Yoweri Kaguta Museveni.

Museveni will be swearing in for his sixth elective term at Kololo airstrip on May 12th.

Traffic police commander for Kampala Metropolitan police, Norman Musinga, has said the John Babiiha Avenue (Acacia) which stretches from City Oil in Kamwokya along Kira Road up to Fairway traffic lights along Yusuf Lule road will be out of use.

Very Important Persons (VIP) will be the only ones to utilize the John Babiiha Avenue to Heroes Corner at Kololo airstrip. VIP cars will use Mabua road, join John Babiiha road, Golf Course road and park at Hotel Africana after dropping the high class guests.

Wampewo Avenue will be strictly be a one way route in the morning as people head to the swearing in venue and after the ceremony. According to Police, service providers such as media, emergency cars, ambulances, security vehicles will access Kololo via Wampewo Avenue and occupants will be dropped at the lower gate.

Musinga said traffic flow at Jinja Road will be antagonized. But fuel tanks will not be allowed in the central business district starting with tomorrow evening.

Guests invited from different districts will park at City Parents and will later be guided through the road opposite Kati- Kati place along Lugogo Bypass.

MP elects have been advised to drive in their personal vehicles up to parliament from where they will board parliamentary buses that will drop them off at Kololo airstrip.

During the elections of January 14th, 2021, Museveni emerged the winner by 58 percent, while his closet rival Kyagulanyi Sentamu the closest rival scored 35 percent.

Museveni’s swearing in ceremony is expected to attract over 20 heads of states and other foreign dignitaries.