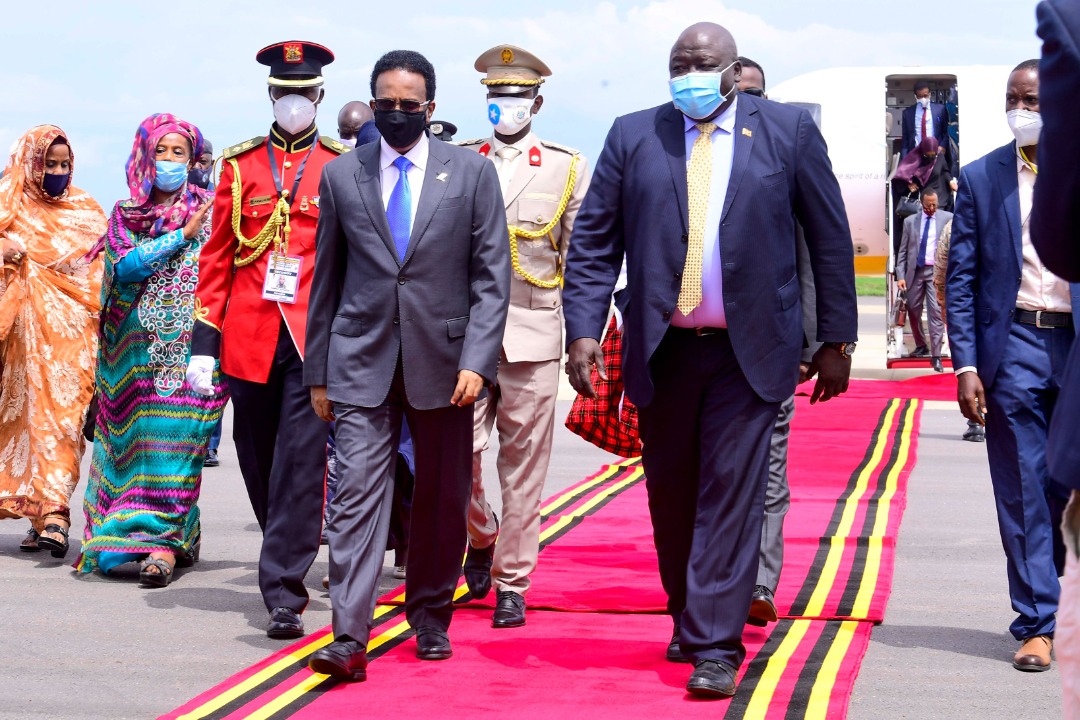 Farmaajo who arrived on Tuesday afternoon was welcomed by State Minister for Foreign Affairs Henry Okello Oryem at Entebbe Airport.

He becomes the second Head of State to jet in following Burundi’s Evariste Ndashimiye who came earlier together with his wife.

Uganda and Somalia have had strong relationships during President Museveni’s reign which saw Uganda become the first country to deploy troops under AMISOM into Somalia in March 2007 as the country suffered with Al Shabaan terrorists.

Presently, the Ugandan contingent remains the largest contingent in AMISOM with 6,223 troops based in Mogadishu, Middle and Lower Shabelle regions.

Also among the notable arrivals is that of H.E. Naledi Pandor, the Minister of International Relations and Cooperation of the Republic of South.

Pandor who was welcomed by Justice and Constitutional Affairs Minister Ephraim Kamuntu is leading a delegation of leaders who are representing South African President Cyril Ramaphosa.