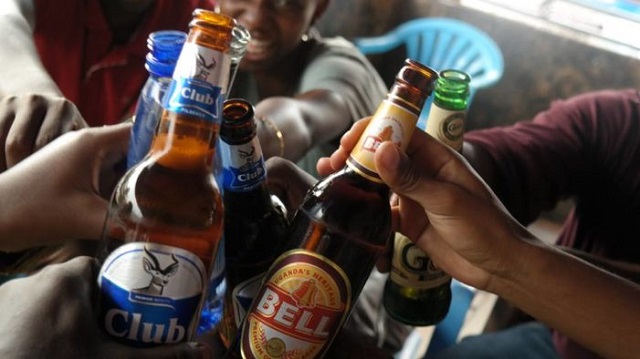 Leaders of Bududa (Muslim) district in Bududa district have appealed to the Muslims in the district to refrain from taking alcohol.

The call was spearheaded by Hajji Twaha Sowedi Nabundesi, the Bududa Muslim district Kadhi while addressing Muslims during Eid El-Fitri celebrations at the county mosque of Kuushu town council in Bududa district.

According to Nabundesi, some Moslems have resorted to taking alcoholic drinks and sitting in bars, something that contravenes the teaching of the Muslim faith.

He also said some Muslims hide their wrong acts during fasting and revert to them after, adding that it is like washing a cloth and hanging it in mud.

Sheikh Hussein Iddi Kooko, the chairperson of Muslim faith in Lutseshe constituency said a Moslem is not just by the name they call you but actions exhibited by you which reflect those in the Moslem faith.

He said a Muslim should always fear God regardless of when and where they are by asking for togetherness within the Moslem faith so as to uplift the religion in the district.

Hajji Salim Ngati, councillor in the Moslem district asked the government to consider Islamic schools which they have recommended so as to teach the young generation Islamic religion.

Bududa district has four schools which are Moslem founded out of over 200 schools found in the district.