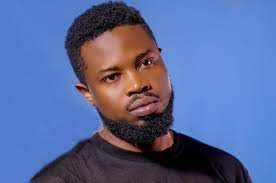 Singer and producer Andrew Ojambo alias Daddy Andre has been accused of using witchcraft to further his music career.

Andre who has been making headlines in the recent past over issues in his relationship with fellow singer Nina Kankunda better known as Nina Roz is said to have a witch in Nansana who he consults every time he is about to drop a song.

“When he wants to out a new beat, he calls the witch at midnight,” a source close to the singer said.

The source further alleges that the same witch has been at the centre of Andre’s relationship with Nina Roz which up to now remains threatened.

“Nina got to know that he is using black power to achieve and could not stomach it.”

In April, local press reported that the singer was in preparations to hold a fresh martial ceremony with his new lover only identified as Shakira.

The wedding, according to the reports is slated to take place in Las Vegas, USA where the latter is based.