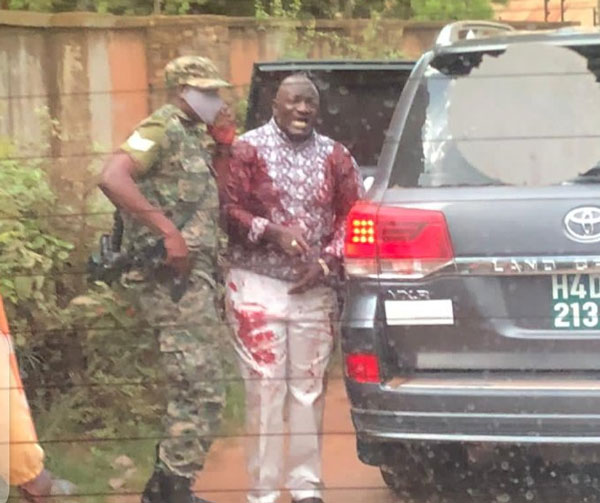 President Museveni has said that the attack on General Katumba Wamala was politically motivated.

The President was speaking after the budget reading on Thursday at Kololo Independence Grounds.

According to President Museveni, the attack was a definite political motive, and they will know who was behind the attack. He says that people who use assassination are not sure of themselves.

Museveni explained that as the National Resistance Movement (NRM), they never use assassination but rather prefer preserving even their opponent.

He told MPs that there are many people he would have killed because they were annoying him, citing Dokolo Woman MP Cecilia Ogwal whom he said had a bad tongue and former Forum for Democratic Change (FDC) President Dr Kiiza Besigye.

The President also tasked the Internal Affairs Minister-designate General David Muhoozi to fast track the installation of digital monitors in every vehicle and motorbike. He said that the project that was being handled by Gen Elly Tumwine, and Gen Katumba Wamala was delayed.

The President also said that they have already strengthened the forensic capacity to detect criminality.

Museveni also gave an update on Gen Katumba’s attack, saying that they left behind a piece of cloth that was unfortunately picked by unknown people.